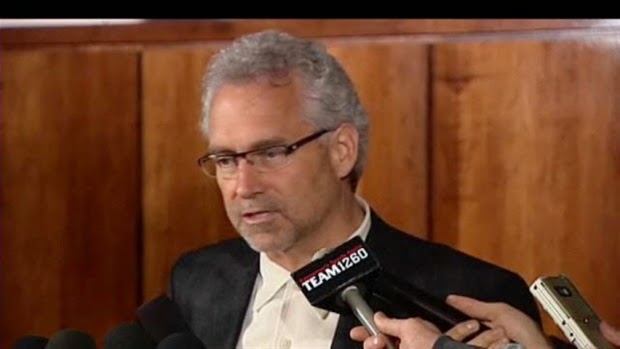 In all likelihood, the truth lies somewhere in the middle but at least for me the biggest blunder both he and the organization made during his time in charge was firing Tom Renney following the 2011-12 campaign. Had they simply kept the former New York Rangers bench boss around to finish the job he was hired to do, which was to help develop Edmonton’s young prospects into National Hockey League players, this team would be well on their way to climbing up the Western Conference standings.

Instead what we now have is a team that is clearly more talented but one that is arguably no better on the ice, than the one he inherited heading into his initial season behind the Oilers bench. Now some may say using revisionist history is nothing more than a convenient way to take a shot at the organization but I was banging the same drum both prior to and following his eventual departure out of town.

Edmonton finished the 2010-11 season with a 25-45-2 record which was good enough for last place in the league. They were the third worst team in the league when it came to scoring goals, lighting the lamp just 193 times, and were equally as poor at keeping pucks out of their own net, finishing in a tie for 28th place with 269 goals against. Their special teams were not very good, 27th on the power play and 29th on the penalty kill, and the lineup featured three rookies playing in prominent roles…Jordan Eberle, Taylor Hall and Magnus Paajarvi.

Fast forward to the present day and not much has changed. The Oilers were once again in the basement of the Western Conference in 2013-14 posting a 29-44-9 mark, scoring 203 goals, good enough for 26th spot in the league, while coughing up an NHL worst of 270 goals against. Two of the three aforementioned rookies are now four years into their careers as Edmonton Oilers and one of them has already developed into a top ten scorer and one of the finest left wingers in the game today.

Yet this team still sits in the same spot it was in. After showing a marked improvement in their special teams play in 2011-12 (3rd - PP, 14th - PK) and during what was an abbreviated 2013 campaign (8th - PP, 9th - PK), they took a major step back during Dallas Eakins’ first year at the helm. While the penalty kill struggled with consistency, due in large part to poor netminding, they did manage to finish in the middle of the pack but were a mind-boggling 21st on the man advantage…despite having a lineup that feature a plethora of offensively gifted players.

The progress which was made with the core group of this roster during Renney’s two years as head coach were pretty much washed away in one fell swoop and for no good reason. When the organization decided to hand over the reins to the former Vancouver Canucks front man following the disaster that was Pat Quinn, the focus immediately shifted from winning now towards the development of their young players and the future.

Unfortunately for both the team and the players, that changed somewhere along the way and suddenly all that seemed to matter was winning hockey games. Considering the organization gutted this roster to the degree it did, they were still showing signs of improvement at the time of his dismissal…and yet Mr. Tambellini still saw the need to drop the hammer on the former Memorial Cup winning coach.

As I alluded to earlier, Edmonton finished the 2011-12 campaign with one of the best combined special team totals in league and also saw them make significant jump improvement in their overall goal differential. After being near the bottom of the league in scoring during 2010-11, Edmonton jumped all the way up to 22nd place with 212 goals and shaved off a rather impressive 30 goals against from the previous year’s total to finish the year in 23rd spot.

Their record improved to 32-40-10 and they actually had a winning record on home ice at 18-17-6 which is the only time this team has managed to accomplish that feat since the 2008-09 season, when they had finished with an identical mark. In my mind, those were positive steps forward but apparently all anyone in management could think about was the fact the club finished in second last place.

Funny considering it was not supposed to be about wins and losses and rather getting the young core ready to for tomorrow. Apparently the signing of free agents Cam Barker, Eric Belanger, Ben Eager and Darcy Hordichuk coupled with the trading of defenceman Kurtis Foster for veteran blueliner Andy Sutton was enough in the minds of management to take what was the worst team in the league and turn it into a playoff contender overnight.

That obviously never materialized but the team still improved and did so without much assistance from the guys Tambellini brought in via free agency. Clearly that wasn’t how Daryl Katz and company envisioned things playing out. Tom Renney was basically handed a roster of chicken you know what and asked to produce chicken salad in the blink of an eye and it ultimately cost him his job.

Luckily for them, the organization decided to hand over the keys to associate coach Ralph Krueger, who helped soften the blow on the players of yet another coaching change. While the 2013 season was an abbreviated one, Edmonton was once again very good on special teams and showed signs of being able to battle and win games ugly. You would have to think the transition would have been even smoother had the Oilers simply left the Renney-Krueger duo intact and let them continue to do their thing and move this thing along.

Unfortunately that didn’t happen and after Edmonton fell apart down the stretch, the club finally decided to replace Tambellini with Craig MacTavish as the new general manager. While the move was clearly the right one to make it also led to Krueger being shown the door, as his line of thinking did not mesh with his new GM, who was in the process of falling for a mirror image of himself in Dallas Eakins.

Bringing us to the current mess that is known as the Edmonton Oilers. To think all of this extra pain that both the fans and players have had to suffer through over the past twelve months and what will likely be another twelve months to follow, could have all been avoided if Mr. Katz and his management team had not lost their way.

Tom Renney was never going to be the guy who was going to lead this team to the promise land but he was supposed to be the one who was going to prepare these kids for being able to take that step at some point in the future. He was holding up his end of the bargain when the organization decided to pull the rug out from underneath him and this franchise is far worse off because of it.
Posted by Oil Drop at 9:44:00 pm