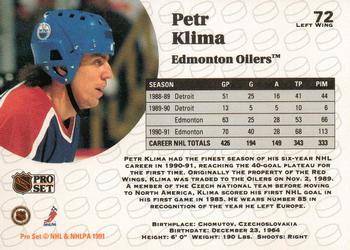 When the book is closed on the 2016-17 regular season, it will mark the 25thconsecutive season in which the Edmonton Oilers failed to have a player hit the 40-goal mark. For all the damage Wayne Gretzky and company did back in the day, a quarter of a century is a long time for any organization to go without anyone having eclipsed said barrier. And the player who last managed to pull off the feat might not be who think. It was none other than the enigmatic Petr Klima.