If the Oilers win, Hall will become the man 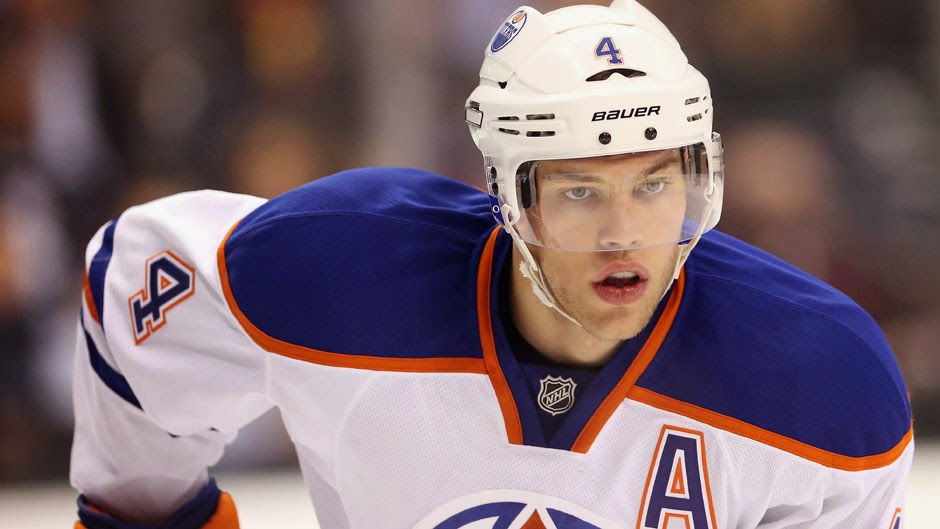 It seems as though no matter what Edmonton Oilers winger Taylor Hall does out on the ice, it is never quite good enough for many across the hockey world to give him his due as a player. He is on the verge of becoming a top ten NHL scorer for the second consecutive season and yet all we ever hear from the mainstream national media, is how he isn’t anywhere near as good a player as “x,y and z”.

Be it the lack of buzz around him being a possible option for the Canadian Olympic team or the constant bashing he takes over on TSN, Hockey Night in Canada and Sportsnet, the former 2010 first overall pick appears unable to win his critics over. During Sunday’s telecast of the Oilers vs Ducks game over on TSN, the panel took to discussing the best left wingers in the game and the trio of James Duthie, Jamie McLennan and Jeff O’Neill were all in agreement that Hall was #4 on their list of four names.

While I have no problem with them picking the likes of Jamie Benn, Chris Kunitz or Patrick Sharpe ahead of the Oilers offensive catalyst, the argument that he hasn’t “scored enough goals” to warrant being at the top of that list is simply moronic. Especially when almost everyone on that station goes on about Claude Giroux being a legitimate Hart Trophy candidate with his twenty-five goals and seventy-nine points.

So those numbers are good enough for the Philadelphia Flyers captain to be in the conversation as league MVP but Hall’s twenty-seven goals and seventy-seven points, in six fewer games, are not enough to seriously put him in the running for top left winger? Come on now…let’s not be silly here.

Obviously, it’s not just about points but when you are basing your argument on goal totals, it is rather difficult to ignore what the twenty-two year old has accomplished. As of this moment, only three names appear on this year’s top ten scoring list that finished there in 2013. The three players on that list are Sidney Crosby, Phil Kessel and Taylor Hall.

The former Windsor Spitfire standout has scored 43 goals and collected 127 points during that time frame, which is good enough for top spot among all left wingers in league. Add to that the fact he accomplished it in just 122 games and on a team with little to no offensive depth and suddenly those numbers start looking even more impressive. The kid is an absolute stud and yet many of the so-called experts seem almost unwilling to admit it.

Despite what some may think, Hall has taken huge strides forward in his overall game over the past two seasons and is nowhere near the liability many make him out to be. Sure he turns over the puck from time to time and has the odd mental lapse but most players do. In my mind, those complaining about Hall’s overall game do not watch the Oiler play with any sort of regularity.

He may not be the league’s best 200 foot player but then again, few are. Take a look around the league and tell me how many of the top scoring youngsters play that sort of game. Be them a winger or a centre, the Jonathan Toews of the world are few and far between. The vast majority of players fall into that “other” category.

In all honesty, are the likes of Patrick Kane, Taylor Seguin or John Tavares any different than Hall? I would say no and one could argue few push the play more than the Oilers #4. Clearly, his team’s lack of success has not only played a major role in the opinions being formed about him as a player but it has also masked many of things he does extremely well.

If Taylor Hall played for a perennial playoff contender or better yet, in the Eastern Conference, he would unquestionably be hailed as one of the great young players in the NHL today. Unfortunately for him, he was drafted by the Edmonton Oilers and has yet to receive the accolades that typically come with being such a great player.

Hopefully both he and the organization will have the last laugh but that won’t happen until this team starts winning hockey games. That said, Mr. Hall was just handed First Star of the Week for his most recent stretch of outstanding play…so maybe someone is finally starting to pay attention.
Posted by Oil Drop at 2:30:00 pm