The clock is likely ticking... 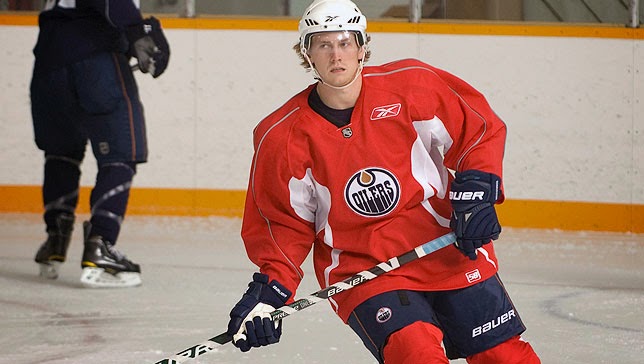 The Edmonton Oilers announced the signing of defenceman Jeff Petry to one year / $3.075 million deal on Monday morning and the move clearly signifies a watershed moment between the organization and player.

With the trio of Mark Fayne, Andrew Ference and Nikita Nikitin all making north of $3.2 million on multi-year pacts and Justin Schultz likely set to join them in short order, it appears as though general manager Craig MacTavish had little to no appetite in adding another mid-ranged defenceman to his cap total on a long-term extension.

While on the surface that mind-set makes perfect sense, the problem is Petry could very well end up being the best of the bunch and just like Fayne, is about to enter what should be the prime years of his career. Unfortunately the organization have misread the situation and essentially killed the former 2006 second round pick’s value on the open market with yesterday’s announcement.

Regardless of whether or not the Oiler felt Petry was part of the long-term solution in Edmonton, this should have been dealt with months ago. In all honesty, the addition of Fayne and Nikitin should have no bearing on what the organization ultimately does with the twenty-six year old blueliner. Everyone knew MacT was going to try and improve his D in the off-season since way back in early October, meaning there was plenty of time to decide on what they wanted to do with the guy who has been their best defenceman for some time.

Again, if the plan was to go in a different direction, contract talks between the two sides should have become priority #1 the moment the calendar year turned to 2014. Instead of waiting until this summer to talk extension with the Petry camp, Edmonton could have easily moved him during the season, if they so desired, while the asset still had real value. Instead they now set in the predicament they are in and look poised to give away a very good player before he even hits the 300 game mark in the National Hockey League.

Does anyone honestly believe whatever number Petry’s agent was looking for in a long-term extension was any different today than it was last February? With unrestricted free agency going in the manner it did, that number may have actually gone up slightly but it would have certainly been in the same ballpark. Did management think he was going to sign for pennies on the dollar because his boxcar numbers haven’t been great, while playing on what has been the worst blueline in the league for the last number of years? Come on now, let’s be serious here.

Whether you are fan of his game or not, Jeff Petry is legitimate top four NHL defenceman who has been misused almost from the moment he came into the league. The organization’s inability to bring in anything resembling quality blueliners forced Tom Renney, Ralph Krueger and now Dallas Eakins into feeding this kid minutes he is simply not ready to deal with. That said, their hands were tied, as more often than not, he was their best option.

Now some fans may not want to hear that but it doesn’t change the reality of the situation. Petry is not currently and will likely never be a #1/#2 defenceman but he is solid second pairing guy and would be exactly that on almost every other team in the league. He definitely still needs to work on certain aspects of his game but for an organization that has rarely been able to develop any of their recent non- first round draft picks into real NHL players, Petry has been the lone bright spot and yet he could be the one being shown the door in the not too distant future.

At the end of the day, one of two things will happen:

Option #1: Jeff Petry will have one hell of a 2014-15 campaign and the Edmonton Oilers will have to decide if they want to pay him prime dollars to stick around or move him at some point during the season and hope they can get something of value in return.

Option #2: Petry has another up and down season and MacTavish trades him away for next to nothing, probably a mid-tier prospect or a second round pick, and they hope to God the quartet of Oscar Klefbom, Martin Marincin, Darnell Nurse and Justin Schultz are all ready to be major contributors in 2015-16.

Not sure about all of you but in my mind, shipping a guy out of town who is about to enter into the prime of his career is not exactly a good idea and especially not on a team that is as desperate as this one is for actual NHL defencemen. Also, when you take into consideration how much time and money this organization spent in developing the player, watching him leave for next to nothing simply cannot be an option.

Unless Craig MacTavish can construct a deal that would see Jeff Petry leave town in some sort of package that would land him a better player to insert onto his backend, he would be wise to ink this kid to a long-term deal come next January or February. He has already missed out on that opportunity once and allowing it to pass by for a second time would be a major mistake on his part.
Posted by Oil Drop at 10:52:00 am