Outplayed by the Sabres one more time 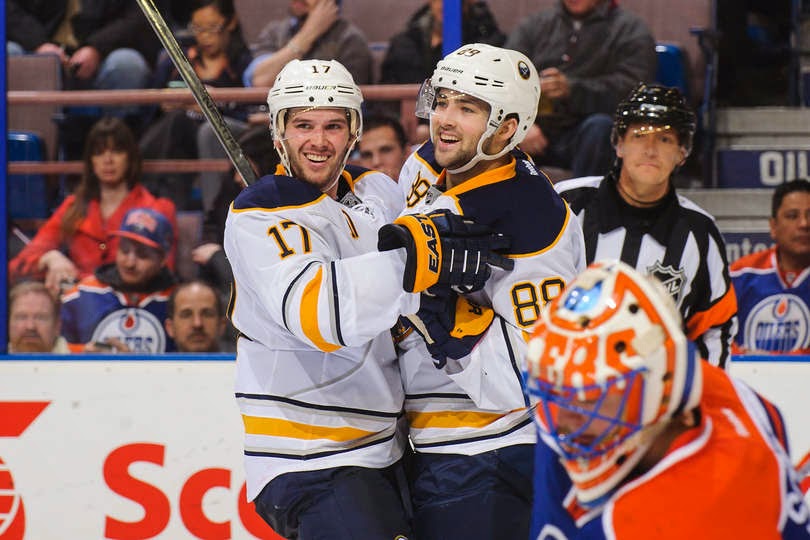 For the second time this season, the Edmonton Oilers were outplayed by the Buffalo Sabres. While Ilya Bryzgalov stole two points for his team when they paid a visit to First Niagara Center back on February 5th, the team wearing Orange and Blue weren’t so lucky the second time around.


Despite jumping out to an early first period lead and finishing the night with six opportunities on the man advantage, Dallas Eakins’ crew still found a way to drop a 3-1 decision to a team which had not only dropped seven straight but one which is thoroughly buried in the basement of the National Hockey League Standings and have been for the entire 2013-14 campaign.

Funny how quickly a 10-4-3 run can turn into nothing more than an afterthought when you lose to the mighty Sabres.

While the Oilers were missing both Jordan Eberle and Nail Yakupov from their lineup due to injury, Buffalo’s roster is borderline AHL quality following the NHL Trade Deadline and their own recent rash of injuries. Rookie Matt Hackett stopped thirty five shots in earning his first NHL win in just over two years, as he was the fourth different starting goalie Buffalo has used in their last five outings.

As usual, Taylor Hall was by far and away Edmonton’s best player, scoring their lone goal while leading all skaters in ice-time with a ridiculous total of 27:10. As to why the Oilers top point producer played as much as he did in a nothing game against the 30th place team in the league, I haven’t the slightest clue. Perhaps his head coach could enlighten us as to why.

While Eakins referred to his team as being “slow to get to rebounds” and not always “following the plan” during his post-game media availability, my question is very simple. What the hell is the plan? If you can’t dictate terms against the worst team in the National Hockey League on your home ice, one has to wonder if it is even a possibility within the Oilers current set-up.

As has been the case on far too many nights for far too many years, the Edmonton Oilers are simply unable to grab control of a game at Rexall Place from the outset and ram down the opposition’s throat for a full sixty minutes. Instead what we saw was a Sabres side that attacked off the rush and transition, while taking advantage of Edmonton’s new “passive approach” in all three zones of the ice.

Outside of the power play, which produced a goal and fifteen of the Oilers thirty-six shots on the night, the home team didn’t generate a whole hell of a lot at even strength. However, they did still manage to cough up another six shots against while they were up a man and their penalty kill allowed Buffalo to score on one of their two opportunities on the power play.

Their forecheck was non-existent for much of the evening, which fits right in line with Eakins employing a rather passive 1-3-1 in the neutral zone.  I hate to sound like a broken record but why this coach can’t find a way to have his players play a more responsible style in their own end of the rink but still push the pace upfront, is a complete head scratcher.

Until they change that, this team will continue to struggle. Their goalies may have masked a lot over the last little while but even that is starting to change. While Ben Scrivens has continued to play well, he has looked like a fish out of water on far too many occasions since the Olympic break.

Scrivens play has clearly leveled off over his last seven starts but expecting him to maintain the level he was at prior to the league shutting down for three weeks wasn’t realistic. His SV% has been .914 during that time period and he has started to leak rebounds and get caught out of position on a nightly basis.

That said, both he and Viktor Fasth have been good enough to help this team overcome their power outage upfront, albeit against weaker competition. Should that lack of offence continue following their tilt with the Calgary Flames on Saturday night, the only way they will earn points over the final ten games of the season will come courtesy of the goaltenders stealing them or flat out dumb luck.
Posted by Oil Drop at 11:42:00 am