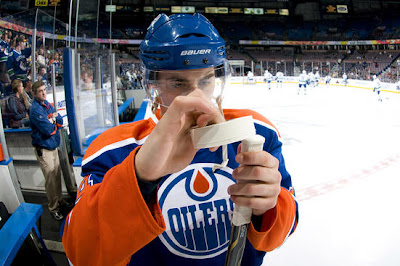 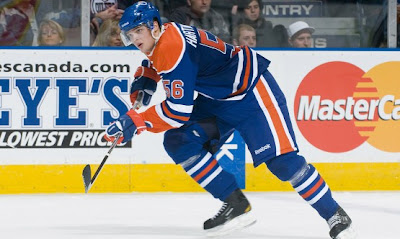 With Ales Hemsky, in all likelihood, heading back to the injured list, it puts the club in a situation where they need to take a long look at what their starting lineup looks like moving forward. Once Hemsky and Sam Gagner return, things change but for the immediate short term, some decisions need to be made if they would like to earn some points to possibly battle for a playoff spot later in the season. 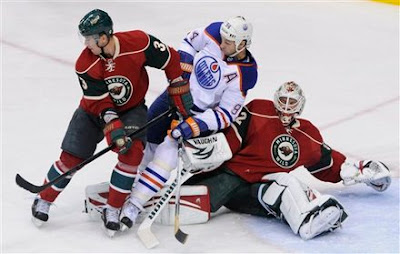 Despite an outstanding performance from goaltender Nikolai Khabibulin, the Edmonton Oilers found a way to continue their ugly winless streak in Minnesota. With Thursday nights 2-1 shootout loss, the Oilers have now gone a mind numbing 17 consecutive games (0-14-3) without a win against their division rivals on the road.
Read more »
Posted by Oil Drop at 4:12:00 am No comments: 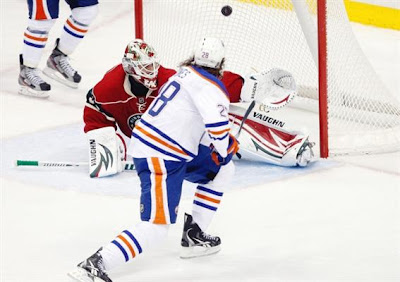 Oil Notes: Eager Is Close and Foreshadowing Lineup For Saturday 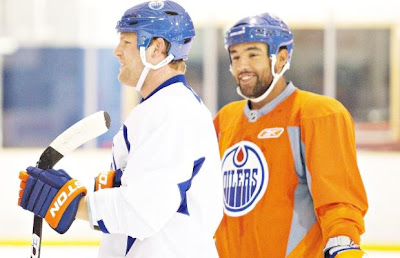 I am sure Ben Eager did not expect his career as an Edmonton Oiler to start out in the fashion it has. After signing a three year deal with the club on July 1st, the rugged forward was looking forward to being a regular and getting a new lease on his hockey life in Edmonton. After an on ice meltdown in last years playoffs cost the San Jose Sharks, Coach Todd McLellan decided he could no longer trust the gritty Eager out on the ice and yanked him from the starting lineup. Edmonton was going to be the spot that Ben Eager would show everyone he could still play the game and not just be a side show. Unfortunately for both the club and player, a concussion, suffered during the Joey Moss Cup, has kept the 27 year old out of the Oilers lineup for the entire pre-season and the season opener. It appears that the time to see what Ben Eager can bring to the table, is just around the corner.
Read more »
Posted by Oil Drop at 7:37:00 am No comments: 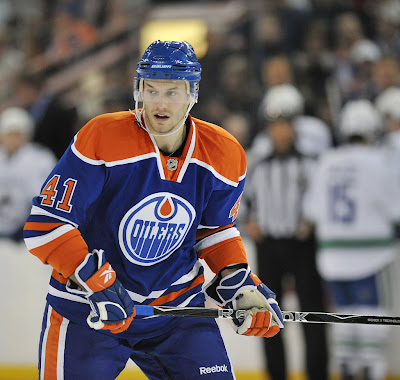 Not surprisngly, the Edmonton Oilers were unable to sneak Taylor Chorney down to Oklahoma City via the waiver wire. The St.Louis Blues put in a claim on the 24 year old rear guard, which means he is headed to "The Show Me State", to begin the next chapter of his career.

Tom Gilbert Has Started To Turn The Corner 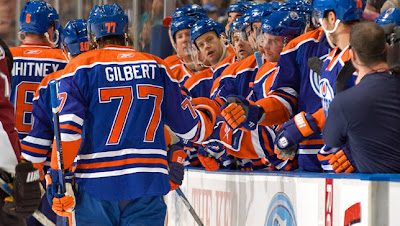 It seems as though no matter what Tom Gilbert does out on the ice, in most fans minds, he simply isn't good enough. There is little doubt that he has become a whipping boy for all things wrong with the Oilers defence. Much like Shawn Horcoff and Nikolai Khabibulin, who take the fans venom when it comes to struggles upfront or between the pipes. Not surprisingly, the three have some of the largest salaries on the team and hence much is expected from them by the Edmonton faithful. That being said, if you were to look at Gilbert's body of work since the mid-point of last season, there is very little to complain about. In fact, it would be far more worrisome to see where this team would be without him.

Email ThisBlogThis!Share to TwitterShare to FacebookShare to Pinterest
Labels: gilbert 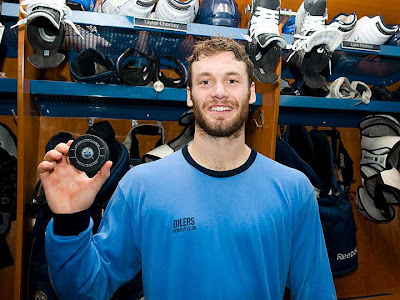 ﻿
﻿The Edmonton Oilers have placed Taylor Chorney on waivers this morning. If he does clear waivers, the Oilers will assign the 24 year old defenceman to Oklahoma City of the American Hockey League.
Read more »
Posted by Oil Drop at 12:04:00 pm No comments:

The Downside Of Playing RNH & Hemsky Together? 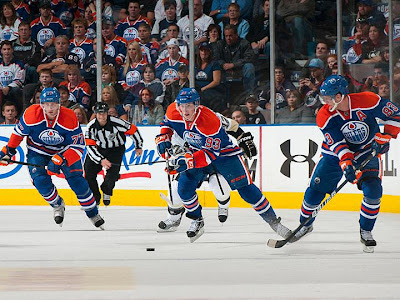 As nice as it was to watch the Hall - Nugent-Hopkins - Hemsky line on opening night, it does create a big hole on the Edmonton Oilers second line. Jordan Eberle. is, without question, this clubs sniper and if the plan is to play him on a line with Ryan Smyth, they must add a playmaker as the third member of the unit. No offence to Eric Belanger but he is not that player. It was no coincidence that the only time Eberle was noticable in the opener, was on the power play with Smyth and Linus Omark. Edmonton have four very good to elite playmakers in Hemsky, Nugent-Hopkins, Omark and the injured Sam Gagner. If Gagner were healthy, he would be the logical choice but that isn't the case. So what should the Oilers do to ensure that Jordan Eberle doesn't become the forgotten man and wasted 5-on-5? 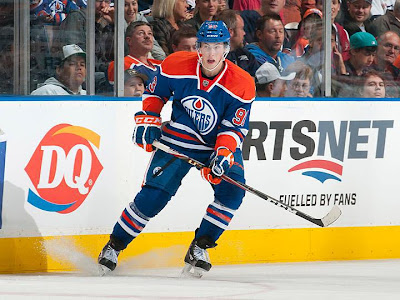 The Edmonton Oilers started off their 2011-2012 campaign in dramatic finish, earning a come from behind 2-1 shootout victory against the previously undefeated Pittsburgh Penguins.