Getting Off To A Good Start 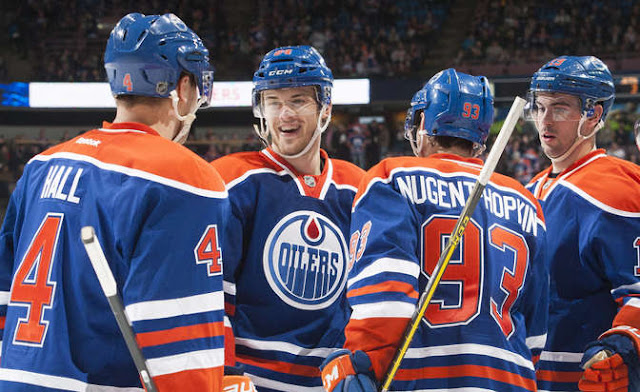 In each of the last two years, the Edmonton Oilers have had their season essentially come to an end before the start of December. In the highly competitive Western Conference, going 8-17-2 and 6-13-4 over the first two months of your schedule isn’t going to work and it ultimately cost the previous head coach his job. 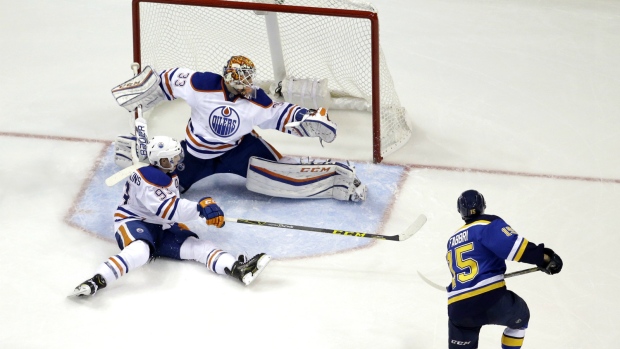 On night in which Edmonton Oilers centre Connor McDavid made his long-awaited NHL debut, it was a childhood friend of the 2015 first overall pick who stole the spotlight in yesterday’s showdown with the St. Louis Blues. Fellow rookie Robby Fabbri scored what proved to be the eventual game-winner midway through the third period, as the Oilers dropped their season opener 3-1 to the reigning Central Division winners. 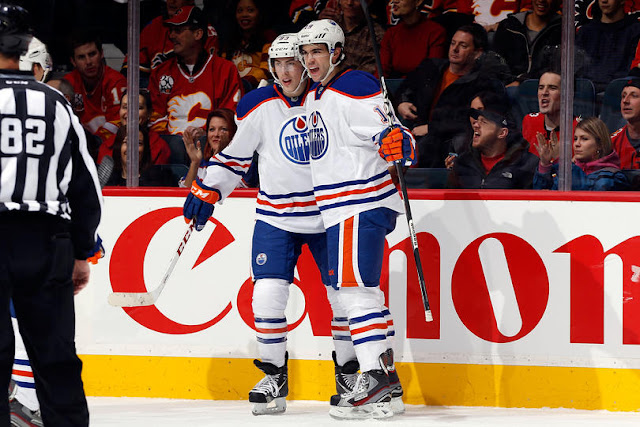 So here we are. Mere hours away from the start of another Edmonton Oilers season and hockey fans across Oilers Nation can barely contain themselves. While winning games during the 2015-16 campaign will still prove to be a challenge for this group, the addition of Connor McDavid has allowed the masses to focus on the future with renewed optimism.
Read more »
Posted by Oil Drop at 1:18:00 pm No comments: 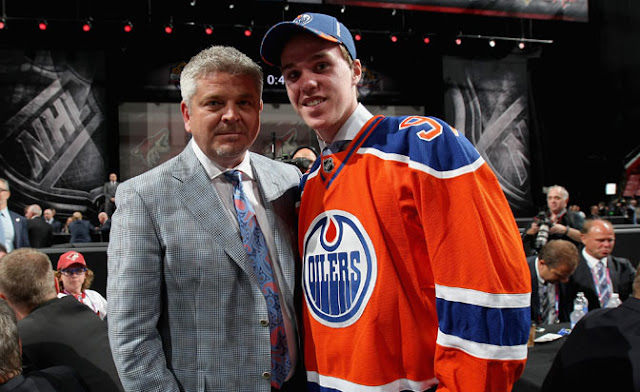 Following what was yet another disastrous campaign in 2014-15, the hammer finally fell on the Edmonton Oilers so-called “Old Boys Club”. While the organization did not completely cut ties with the trio of Kevin Lowe, Craig MacTavish, and Scott Howson, none of the three wield the sort of power they have in years past. 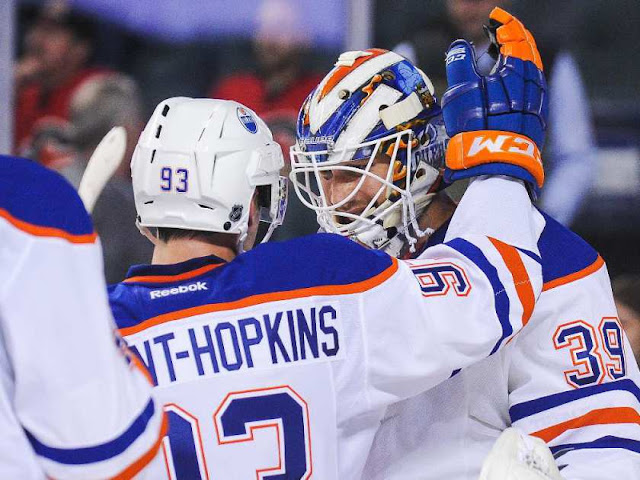 It may have been pitched to the masses as a battle heading into training camp but in actuality it was nothing of the sort. After agreeing to leave the KHL and signing a one-year/one-way deal in hopes of securing a spot on the Edmonton Oilers opening night roster, this was always about Anders Nilsson and no one else. 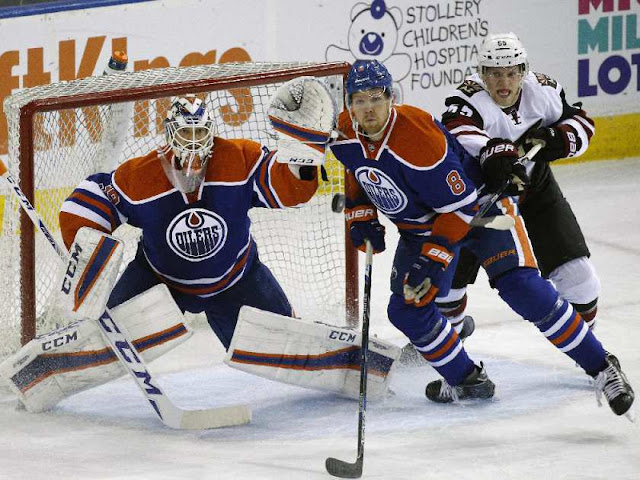 With the Edmonton Oilers mere days away from starting their 2015-16 schedule, the organization finally pulled the plug on the Nikita Nikitin experiment. While you can bet management was hoping the veteran blueliner would rebound from what was a disastrous first season in Oilers silks, Peter Chiarelli and company wasted little time in recognizing the situation for what it was.