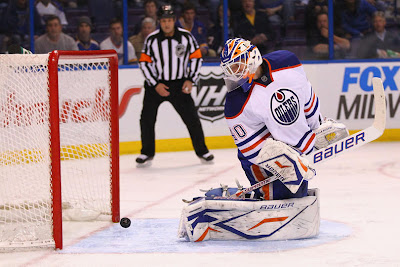 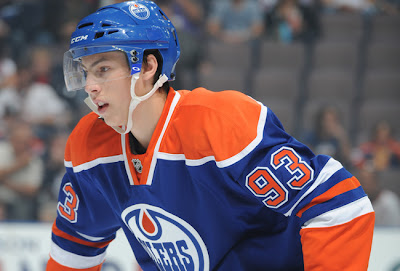 In a move that surprised no one, the Edmonton Oilers announced that rookie centre Ryan Nugent-Hopkins would be lost to the team for next three to four weeks. Nugent-Hopkins was injured during the first period of Edmonton's Monday night game against the Chicago Blackhawks. The youngster appeared to catch a rut when he tumbled awkwardly into the side boards, with no other player within fifteen feet of him. While he quickly jumped back to his feet and made his way to the Oilers bench, the NHL's Rookie Scoring Leader would not return and did not play in Edmonton's next game on Tuesday night.

With last year's first overall selection out of the mix, it will now mean Sam Gagner will be given the opportunity to centre the clubs top line between Taylor Hall and Ales Hemsky. The trio were together against the Sabres on Tuesday night and they were easily the best line on the night. The injury also means, that this years leading candidate for the Calder Trophy, will likely will miss this year's All-Star weekend in Ottawa. Nugent-Hopkins what have certainly been the focal point of the Young Stars game and had a chance of possibly being named as a reserve for the game itself, on the 29th of January.
Posted by Oil Drop at 2:31:00 pm No comments: 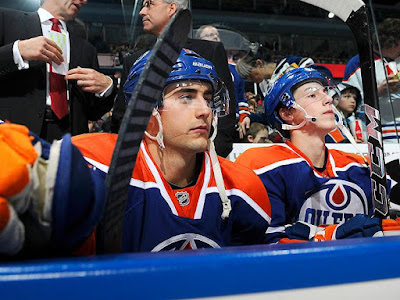 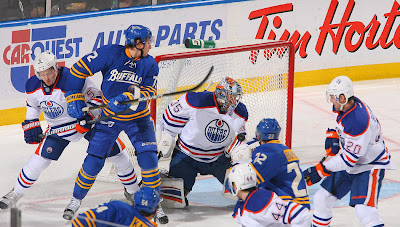 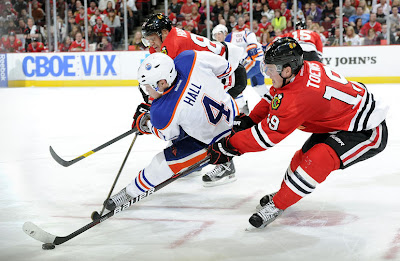 The Edmonton Oilers finally won a game on their current seven game road trip with a gritty performance against the best team in the league. While last night’s 4-3 victory could possibly be a huge step towards trying to relocate their game, it came at a hefty price. Rookie sensation Ryan Nugent-Hopkins was lost to the club early in the first period to an apparent shoulder injury and to make matters worse, Tom Gilbert left the game in the second courtesy of another cheap play from Blackhawks forward Dan Carcillo.
Read more »
Posted by Oil Drop at 9:46:00 am No comments: 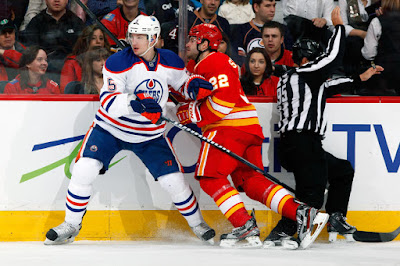 According to Gene Principe, the Oilers have recalled Teemu Hartikainen and sent down Lennart Petrell to Oklahoma City. Nice too see Teemu get the call up but if the plan is to play him on the fourth line for five minutes a night, I am not sure what this move is going to accomplish.

For you early risers first move of the New Year for Edmonton. Lennart Petrell has been sent down and Teemu Hartikainen called up. 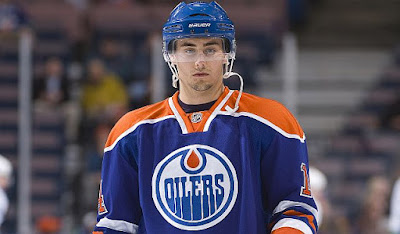 With the month of December now in the books, it's time to look back at the month that was and dish out my monthly report card. Each players rating will be based on their performance from opening night up to and including the teams last game on December 31st. Today the spotlight will be on the Oilers forwards and coaching staff. While Tuesday's focus will be on the defence and goaltenders. 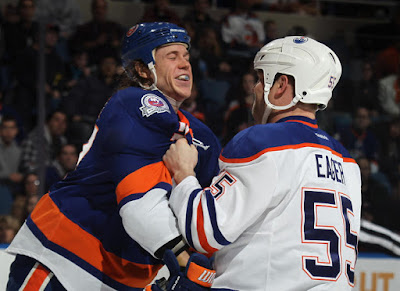