Expect a bounce back season from Eberle in 2013-14 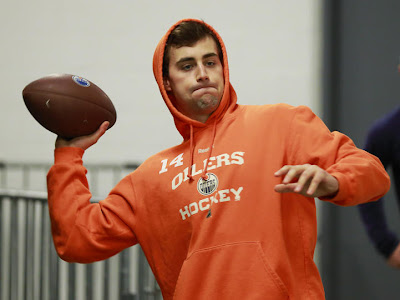 Following the 2011-2012 season, much of the talk surrounding the Edmonton Oilers and their core group of offensively gifted youngsters, was focused on Jordan Eberle. After leading the team in scoring during both his rookie and sophomore campaigns, many felt the former first round pick was destined to lead this group into the future. One abbreviated NHL season later and Eberle has become a non-essential piece of the puzzle...at least in the minds of some. 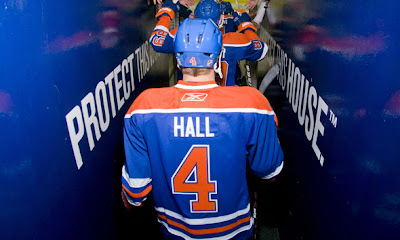 The moment the Edmonton Oilers decided to ship Shawn Horcoff to the Dallas Stars, the rumours started to swirl on who would become the fourteenth captain in franchise history. While almost everyone would agree the answer to that question is Taylor Hall, there is absolutely no need for this organization to rush into handing over the leadership reigns to their soon-to-be twenty-two year old budding superstar.

Oilers pay a steep price to acquire Perron, sending Paajarvi to the Blues

Just a few short days ago, a piece appeared in this very spot, focusing on the possibility of Magnus Paajarvi being moved via trade by the Edmonton Oilers. In my mind,  using Paajarvi "as the bait to acquire anything short of a true top six forward or top pairing defenceman, entering the prime years of their career, would make little to no sense". With that being said, general manager Craig MacTavish decided to role the dice on Wednesday afternoon, moving the talented Swede in exchange for St. Louis Blues winger David Perron. 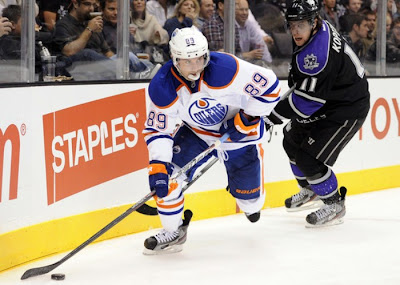 Following the final session of the Edmonton Oilers week long Development Camp, general manager Craig MacTavish hinted at the very real possibility of Sam Gagner eventually filing for salary arbitration. For a deal that seemed to be more a matter of when not if it would get done, the two sides have clearly hit a snag in negotiations. Should they not be able to come to some sort of agreement and Gagner decides to go the arbitration route, in my mind, MacTavish will have no choice but to trade the pending unrestricted free agent.

Give me Brenden Morrow not Dustin Penner 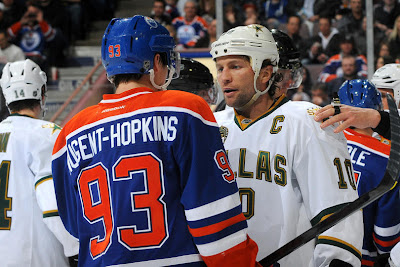 Heading into this year's NHL Trade Deadline, rumour was the Los Angeles Kings were in hot pursuit of Calgary Flames forward Jarome Iginla. If the Kings had been able to pull off such a move, in my mind, Dustin Penner would have been a perfect fit for the Edmonton Oilers. Acquiring a player like Dustin for a playoff push is one thing but bringing him on board from the start of the season, is something completely different.

Moving Paajarvi would be a colossal blunder 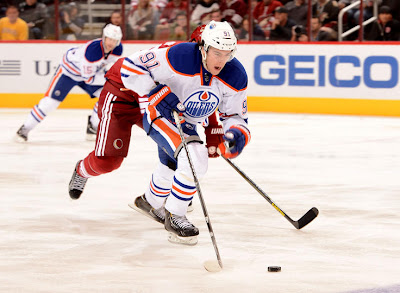 During his first three years in the National Hockey League, Magnus Paajarvi has become somewhat of a hot button when it comes to the vast majority of Edmonton Oilers fans. Some view him as a possible major talent on the verge of breaking out season, while others see him as nothing more than a solid depth player at the NHL level. 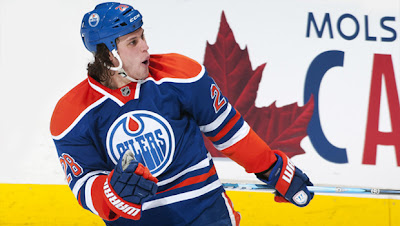 2013 was a tough year for Edmonton Oilers winger Ryan Jones. Thanks to the NHL Lockout, Jones was unable to start what would have been his third full season in Orange and Blue and final year of his contract, on time. To make matters worse, he suffered a freak eye injury in late December, delaying the start of his year even further and ultimately cost him the first month of the season.