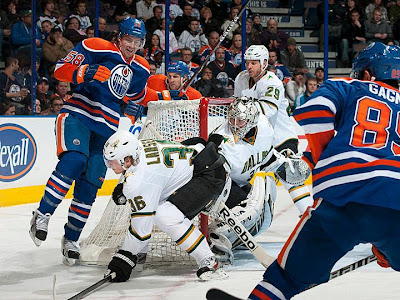 For the second time this week, fans at Rexall Place we treated to suffocating hockey at its finest. Not sure if it has something to do with the Pacific Division but the Dallas Stars came into Edmonton and did exactly what the Phoenix Coyotes did last Saturday afternoon. They managed to lull both the Edmonton Oilers and their fans to sleep, before skating away with a crucial but uninspiring 3-1 victory on Friday night. In a game that featured a combined shot total of thirty-four, the Oilers could do little to find a way through a Dallas side that at certain points, lined up all five skaters at their blueline...with the puck behind the Edmonton goal. The game also marked the return of former Oiler Sheldon Souray. While the veteran D man did not register a point in his first trip back to Edmonton, he played over twenty-minutes and was a solid +2 despite hearing the boo-birds, every time he touched the puck.
Read more »
Posted by Oil Drop at 7:33:00 am No comments: 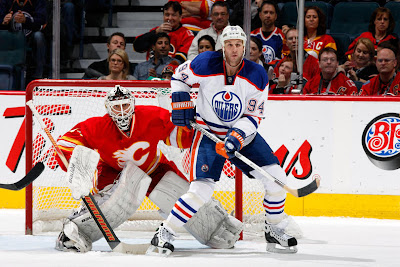 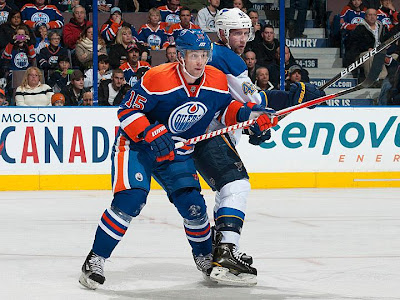 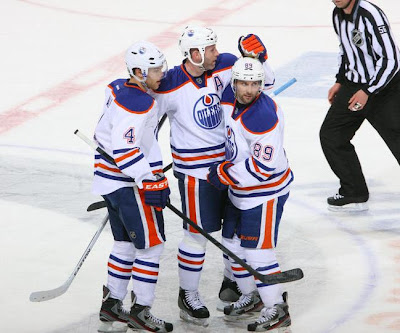 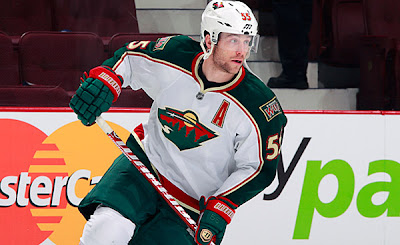 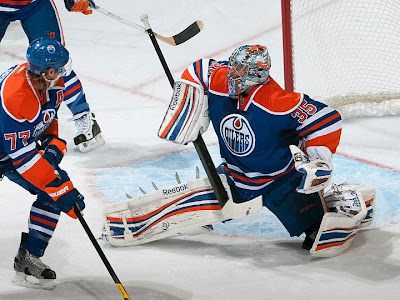 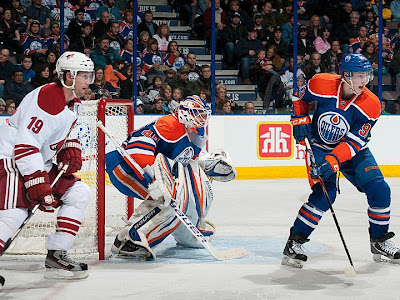