Fedun is knocking on the door 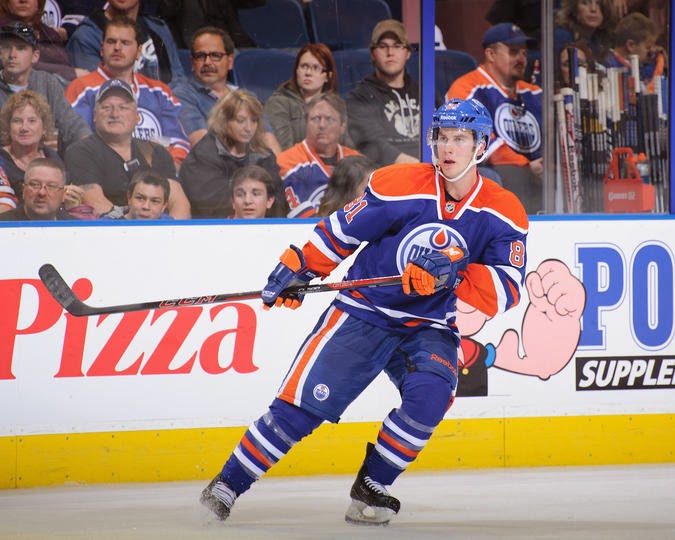 For defenceman Taylor Fedun the 2013-14 season has already been one he won’t soon forget.While the twenty-five year old struggled to find his game for much of the 2012-13 campaign with the Oklahoma City Barons, no one should have really been surprised.

The fact he was even back on the ice after suffering as gruesome of an injury as he did during an exhibition game between the Edmonton Oilers and Minnesota Wild back in 2011, says all anyone needs to know about the young man. To his credit, Fedun battled his way through last year’s difficulties and started to find his way over the second half of that season.

Be it just getting back out on the ice or coming to the realization he could still play at his previous level, the puck-moving blueliner has been a different player in ’13-‘14.

The youngster has arguably been the Barons top defenceman this season and had the good fortune of making his NHL debut back in early November. While his stint in Edmonton was short-lived, four games to be exact, he did not look the least bit out of place and scored the first two goals of his career to boot. Not too shabby for any rookie but even more staggering when you consider Fedun was in the early stages of recovering from a broken femur just two years earlier.

His stay in an Oilers uniform may have been brief but he did not allow that to impact his performance in Oklahoma City. He has become a go-to-guy of sorts for his head coach Todd Nelson, who has no problem using the Princeton grad in any and all situations…just as he did during last season’s playoff run.

Fedun has taken a huge step forward in his offensive production in 2013-14, putting up 26 points in his first 39 games and leading all OKC blueliners in scoring. Pretty impressive when you consider he posted just 27 points in 70 games during his first year in the American Hockey League. That said, his offensive output should not have come as a total shock after watching him score three times and collect six points in seventeen post-season outings.

Most are expecting Oilers GM Craig MacTavish to be rather active at this year’s NHL Trade Deadline, as he looks to both shed some salary and gain some assets for his plethora of pending free agents. With names such as Anton Belov, Nick Schultz and Corey Potter all possibly being headed out of town, a couple of spots should be opening up along Dallas Eakins’ blueline.

While most are expecting rookie Oscar Klefbom to be recalled following the trade deadline, Fedun is far more worthy of receiving the call up. The talented Swede has struggled mightily during his rookie campaign in North America and while I have no issue with the 2011 nineteenth overall pick getting a shot with the big club, doing so at the moment my not be in his best interest.

Perhaps taking Fedun out of the equation in Oklahoma City will open up more opportunity for Klefbom with the Barons. Should the plan still not be to have the kid find his game in OKC? There is no point in rushing a twenty year old defenceman into the NHL, when he clearly isn’t ready yet.

The organization decided to take their time with Martin Marincin and it has paid off in spades. The twenty-one year old has been outstanding through the first twenty-two games of his National Hockey League career and much of that can be attributed to the Oilers showing patience with the player. They would be wise to take the same approach when it comes to Klefbom.

Also let’s not forget Fedun looked good in his debut earlier this season and Edmonton’s backend is currently one of the league’s worst. Throwing another kid into a group that already includes Marincin and Justin Schultz seems almost counterproductive…especially when you have a twenty-five year old who is playing as good as he ever has waiting in the wings.

Taylor Fedun could be headed for free agency this summer and as of this moment it’s tough to say whether or not he will be in the Edmonton Oilers future plans. At the NHL level, he could possibly turn out to be a solid bottom paring defenceman but then again he might not. At this stage of the game it could really go either way but in my mind, the kid has earned a shot at showing what he can do.
Posted by Oil Drop at 10:00:00 am