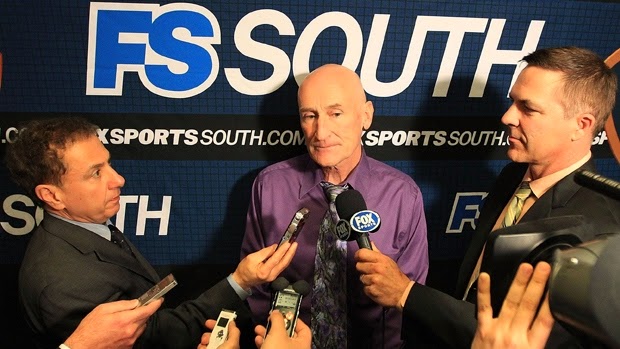 Despite Craig MacTavish’s insistence that the club had the right people in place to help turn around this once proud franchise, his head coach clearly thought otherwise.  While many felt Dallas Eakins wasn’t allowed to bring in “his” people during his rookie season behind the Oilers bench, yesterday’s decision to bring in Craig Ramsay coupled with last year’s hiring of Keith Acton clearly tells a different story.

Instead of going into 2013-14 with a clean slate, Eakins decided to go about changing things in two stages and now has his full staff in place. With that said, the notion that the Oilers most recent struggles are on Buchberger and fellow assistant Steve Smith are frankly laughable.

The coaching staff certainly needs be better, as do the players who are already here but at the end of the day, until the roster is improved...none of these other things matter. Just like Ramsay, both Tom Renney and Ralph Krueger were looked upon as quality teachers but that will only take you so far. Does anyone honestly believe a guy like Sam Gagner is as clueless as he is in his own end of the rink because of the Oilers coaches?

Some players are better than others when it comes to the defensive side of the game but it is something anyone can improve at if they want to. Is part of that on coaching? Certainly but much of it is on the willingness of the player to want to get better and not only for themselves but for the overall good of the team. Having said that, successful teams have a mix of players with variety of skill sets on their roster and to suggest the Oilers are lacking in this department would be kind.

Don’t get me wrong, bringing in coach was Ramsay’s experience was a great move. From the moment TSN’s Craig Button throw his name out there during an appearance on 630 CHED’s Oilers NOW in early February, it made perfect sense. It was a solid hire and one that should help this team improve let’s not but let’s be realistic here.

This organization has a ton of work to do and until they start plugging some glaring holes on this roster, nothing else really matters. At this stage of the game, it’s no longer about simply developing young prospects into quality NHL players...that is what the last four years was supposed to be about. This team needs to start winning hockey games and the addition of Craig Ramsay on its own, won’t make that happen.
Posted by Oil Drop at 8:06:00 pm