Enough With The Whining Already!!! 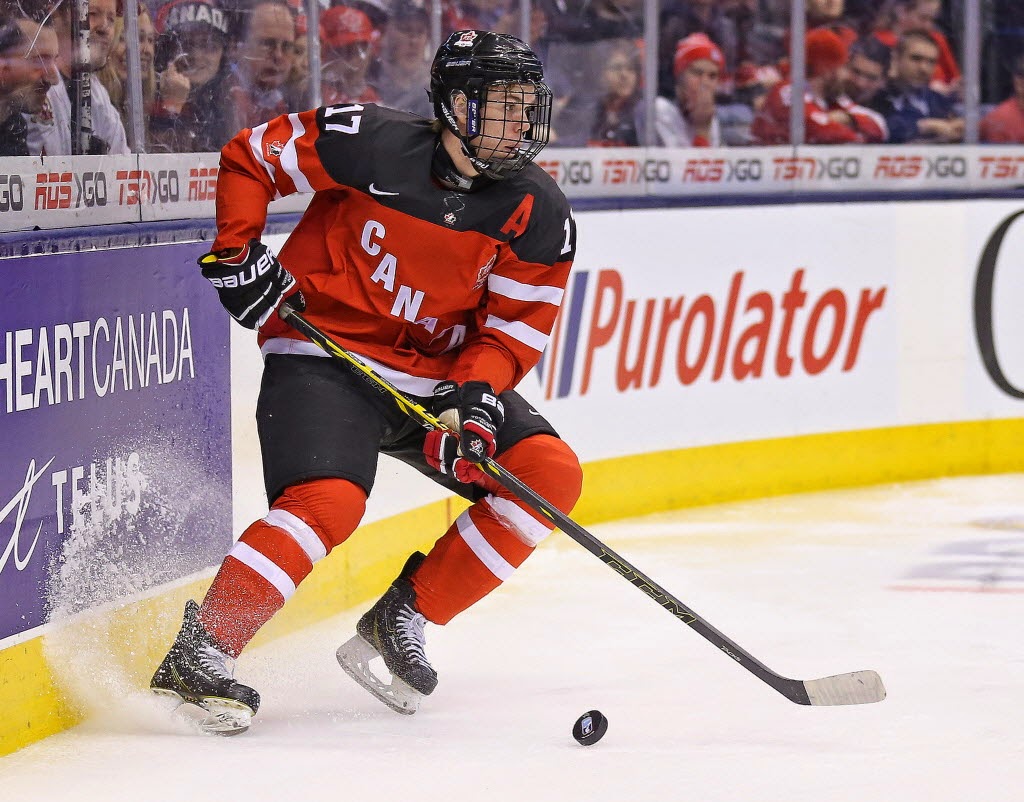 While the Edmonton Oilers have become the poster franchise for how not to re-build a National Hockey League franchise, the one thing this organization has not done over the last number of years is “ruin” their first round draft picks.


Contrary to what uninformed media and fan bases across the NHL are suggesting, Edmonton has actually done a fairly nice job in selecting and developing their top picks since grabbing Taylor Hall at No.1 back in 2010. Now have they done a good job in insulating those kids to help them develop along the way?

Their annual presence in the basement of the overall league standings answers that question but how one makes the connection from that to “ruining” these players, is simply laughable. Yeah that Hall kid is such a bust…he was a top ten scorer in 2013 and yet again in 2013-14. Oddly enough, that is something which conveniently never gets brought up.

Instead, some like to go on at great length about how much better Tyler Seguin has been than the former Windsor Spitfires standout over their first five years in the league, even though the so-called numbers tell us a different story. While Seguin has managed to outscore Hall, 282 to 263, he has done so playing in fifty-five more games and actually trails Hall in points per game average, .880 to .797, during that same time period. Now does that automatically make Hall the better player?

Of course not but for anyone who watches this game with any sort of regularity to suggest Seguin has been the far better player, is frankly an idiot or just chooses to see whatever it is he or she wishes to see. They are two of the best young forwards in the game and that does not change because Hall has an Oilers logo on the front of his jersey.  Both have flaws in their game and both are dynamic talents.

Same goes for Ryan Nugent-Hopkins, who is essentially in a dead heat with Gabriel Landeskog since the duo were selected at the top of the 2011 draft, 188 to 193, but has done so playing in twenty-three fewer games. The two are by far and away the best players from their drat class and yet somehow it is Nugent-Hopkins who has not lived up to his billing. Again, not sure what I am missing here but where are these “ruined” prospects?

There is no question that Nail Yakupov has struggled since being selected first overall in 2012 but is that solely on the organization? They have certainly jerked him around after Dallas Eakins took over as head coach but let’s be honest here, the player hasn’t delivered. While Yakupov was considered by most to be the consensus top pick, he was by no means a sure thing. In what was arguably one of the weakest draft classes in recent memory, expecting a superstar from that crop was never realistic and considering what Ryan Murray has managed to accomplish since being taken at No. 2 by the Columbus Blue Jackets, it is not as though Edmonton missed the boat.

Yes the likes of Jacob Trouba and Alex Galchenyuk have been fantastic since jumping to the NHL but neither one were serious considerations at number one. While Galchenyuk likely would have been right there with his Sarina Sting teammate, had he not been limited to just two games thanks to ill-timed knee injury, that is not how things turned out. With that said, suggesting Edmonton has somehow stunted the young Russian sniper’s growth is more than a bit of a stretch.

So again, where are these kids this organization has supposedly ruined? They took Oscar Klefbom nineteenth overall in 2011, Darnell Nurse in 2013 and Leon Draisaitl at last summer’s draft in Philadelphia. Where is the problem with those picks development? That is right…there is none and yet that is all anyone can talk about when it comes to the Oilers winning Saturday’s Draft Lottery.

While I understand the frustration with Edmonton being awarded their fourth No. 1 pick in six years, the venom being thrown the organization’s why is mind-boggling.  If you would like to suggest the current Oilers brass are incapable of building a winning program, feel free, as that it more than fair. However, for anyone in their right mind to suggest the Alberta capital is this place where young players simply go to watch their once promising futures crash and burn is absolutely ludicrous.

Would you rather see Connor McDavid do his thing south of the border? The National Hockey League has arguably had three generational talents in the last thirty-five years and all three were Canadian. While Mario Lemieux and Sidney Crosby both found their way to Pittsburgh, it was the Oilers who were lucky enough to have Wayne Gretzky essentially fall into their laps.

While it occurred in a completely different manner, it appears as though Edmonton is about to become a two-time winner. I get it…it seems unfair but it is what it is and you can put in the group of those who believe the Oilers are actually a pretty decent fit for McDavid. If you don’t believe me, perhaps that guy who wears No. 87 on his back with the Penguins can convince you.

Call it dumb luck or whatever it is you would like but please stop making things up and enough with the whining already.  Connor McDavid is going to be a member of the Edmonton Oilers for a very long time and something tells he will do just fine.
Posted by Oil Drop at 10:23:00 am