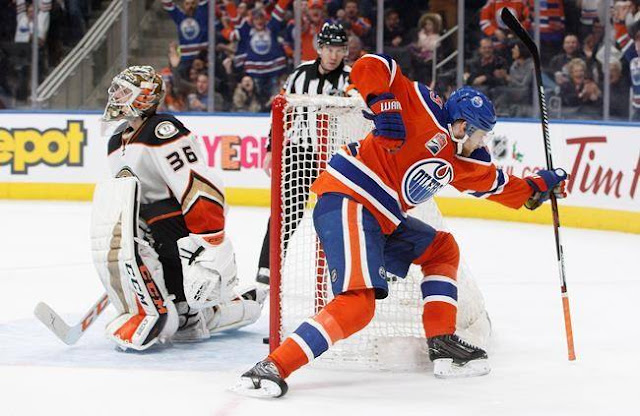 It may have taken longer than yours truly was hoping but it looks as though the Edmonton Oilers have finally come to their senses and shifted Leon Draisaitl over to the wing. To be fair, it appeared as though Todd McLellan was leaning towards doing just that during training camp but an ill-timed injury to Drake Caggiula forced his hand and put the move on hold. While the duo of Connor McDavid and Cam Talbot carried much of the load early on, that was never going to be a viable long-term solution and everyone knew it.

Read more over at The Hockey Writers.
Posted by Oil Drop at 9:58:00 am