The Difference Between Draisaitl And Pastrnak Deals 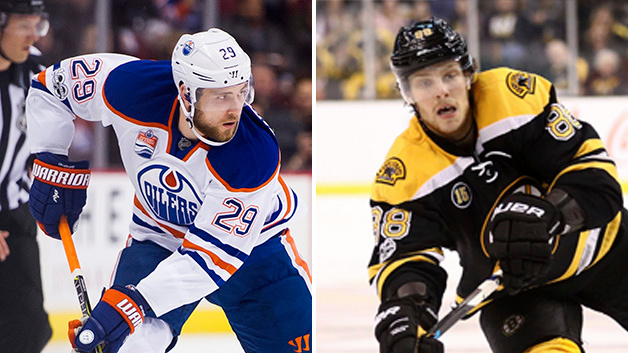 From the moment the Boston Bruins announced the signing of David Pastrnak to a six-year/ $40 million deal, it was only a matter of time before the comparisons started to make the rounds on the recently inked eight-year/ $68 million pact of Edmonton Oilers forward Leon Draisaitl. On the surface, it may look as though Peter Chiarelli had once again overplayed his hand but in this case, the two situations are similar but not exactly alike.

Read more over at The Hockey Writers
Posted by Oil Drop at 10:06:00 am