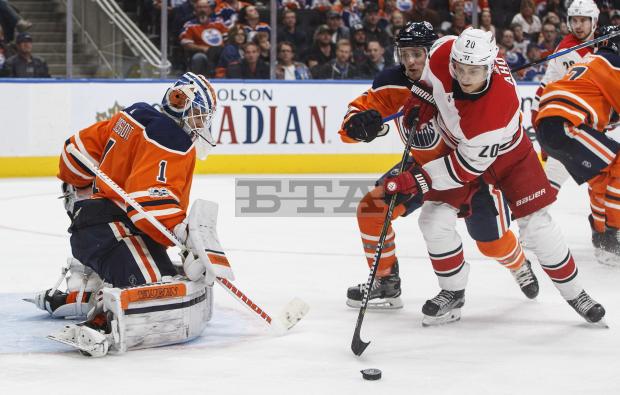 It’s no secret Cam Talbot hasn’t been good out of the gate for the Edmonton Oilers. Despite being pulled from two of his first four appearances, the hope was Todd McLellan wouldn’t hit the panic button and sit his starter against the Carolina Hurricanes on Tuesday night. Unfortunately, he did just that and likely cost his team two points in the process and sent the wrong message to his No. 1 goalie.

Read more over at The Hockey Writers.
Posted by Oil Drop at 9:49:00 am