For Better or Worse 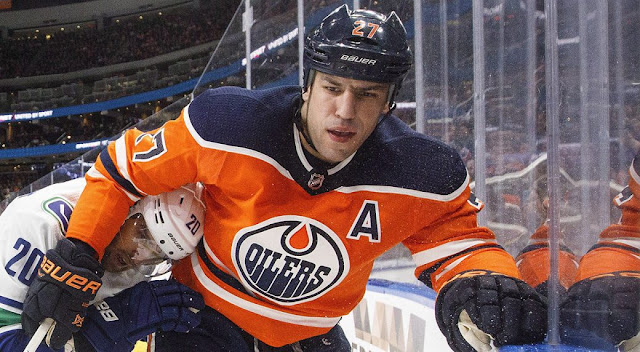 So here we are. Just two seasons into the seven-year/$42 million deal Milan Lucic signed via free agency with the Edmonton Oilers and it appears as though the worst-case scenario has come to fruition far quicker than most imagined. In fact, it has gone so poorly that even those who were onboard with the move are suddenly wondering aloud what the next five years might bring. With that said, this organization has little to no choice but to use the veteran winger in a top-six role in 2018-19 and hope for something that resembles a bounce-back campaign.

Read more over at The Hockey Writers.
Posted by Oil Drop at 9:22:00 am