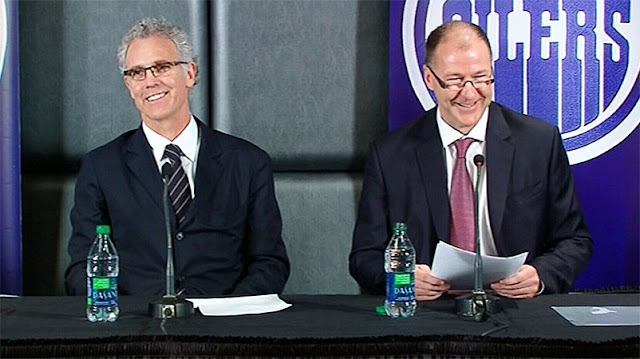 To suggest the past thirteen years have been rough on the Edmonton Oilers organization is about as big of an understatement as one could make. Their record over said time period speaks for itself and has directly led to certain “narratives” surrounding the team on an on0going basis. Most notably, the perception of the “Old Boys Club” running the show but that simply hasn’t been the case since the summer of 2015.

Read more over at The Hockey Writers.
Posted by Oil Drop at 9:53:00 pm