Hockey Canada says no thanks to Taylor Hall 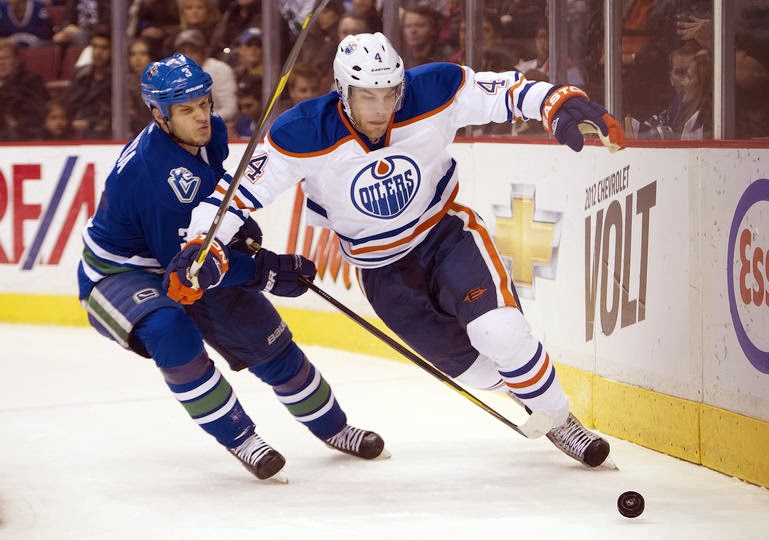 There is little doubt that Taylor Hall was extremely disappointed at not hearing his name announced as one of the 25 players who would be representing Team Canada at the 2014 Sochi Olympics. While it certainly could not have been easy for the Edmonton Oilers budding superstar, he was not alone in his disappointment.

Some of the names Steve Yzerman ultimately passed up on included Carolina Hurricanes captain Eric Stall,, Tampa Bay Lightning veteran Martin St. Louis and San Jose Sharks star centre Joe Thornton. Never mind the omission of youngsters like Logan Couture, Claude Giroux and Tyler Seguin. While all are great players, there is one difference when it comes to the Oilers #4.

Despite the national media giving Hall next to no chance of making this squad, the kid currently sits fifteenth in NHL scoring with 41 points. He finds himself just six points back of Pittsburgh Penguins winger Chris Kunitz as the NHL’s top scorning left winger, while playing six fewer games and on a far inferior hockey team.

After finishing ninth in league scoring with 50 points during an abbreviated 2013 campaign, the 2010 first overall selection has now picked up 91 points over his last 83 games. He may not be the most defensively sound forward in the world but in 2011-12, which was the NHL’s last full length season, that total would have been good enough for fourth in league scoring, You heard me correctly…I did say fourth!!!

Yet by all accounts, the kid was nothing more than an afterthought for those over at Hockey Canada. Why you ask? It is actually quite simple. He takes chances on the ice and in today’s Hockey World, if you are from North America and don’t play a “safe game”, you don’t seem to really matter. That’s not to say the team Yzerman and company announced on Tuesday morning wasn’t impressive, it was just sort of underwhelming.

Instead of adding one of the most dynamic and offensively explosive wingers in the game, the Canadian brass decided to litter their lineup with an over abundance of centres. Also, outside of John Tavares and Steven Stamkos, the only forward under the age of twenty-four is Matt Duchene of the Colorado Avalanche and by the sounds if it, they were either going to be taking Duchene or Hall…not both.

Too bad…as adding the two speedsters into the equation would have given Canada a completely different look on the big European ice surface. This team has so many defensively “responsible” forwards that insulating the likes of Hall should never have been an issue in any way shape or form. Instead, they decided to play it safe and let’s hope it doesn’t come back and bite them in the ass. If they can score goals and create chances against the likes of Russia, Sweden and Team USA, none of this will ultimately matter. Let’s hope that’s the case.

That said, from an Edmonton Oilers standpoint this could be just what the doctor ordered. With the way the game is now played, the Oilers need players like Taylor Hall to improve on his “200 foot game” for this team to have any hope in hell of seriously challenging for the Stanley Cup some time down the road. In fact, in my mind, Edmonton was in a “no-lose situation”.

If Hall had found his way over to Sochi, the experience would have unquestionably made him a better player moving forward. That said, not being selected as one of the 25 men who will represent his country at the upcoming Olympics should also do wonders for his overall game. Either way the big winner in all of this appears to be the Edmonton Oilers organization and their long suffering fan base.
Posted by Oil Drop at 6:55:00 pm