RNH to the rescue!!! 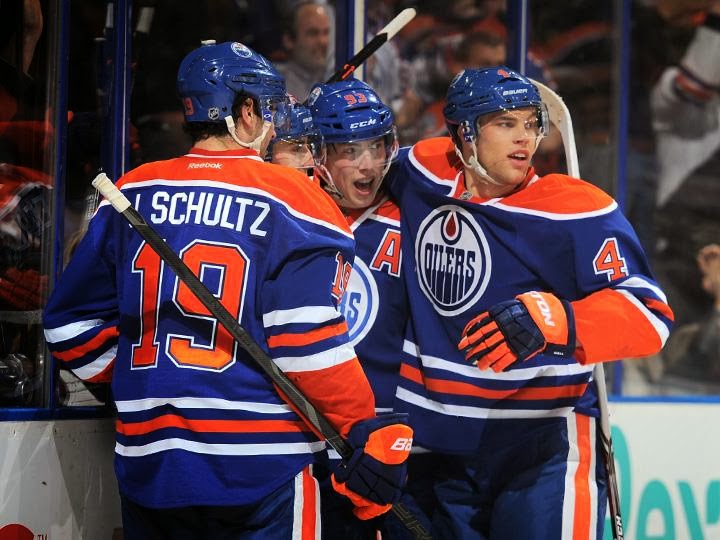 Fans of the Edmonton Oilers have been waiting for last night’s edition of this roster to show up all season long. While much of the 2013-14 campaign has been nothing more than a bad dream that simply refuses to end, Friday’s 4-3 overtime victory over Sidney Crosby and the Pittsburgh Penguins was quite literally a perfect storm.

After being man-handled by nearly every upper echelon team in the league over the first half of the season, Dallas Eakins’ squad managed to not only beat the Mighty Pens but did so with what was arguably their finest performance of the year.

Leaving fans wondering where this was over their previous forty-six outings. To be completely fair, of all the top teams in either conference, the Oilers likely matchup best against Pittsburgh.

While they have the two top players in the game today, in Crosby and Evgeni Malkin, the Penguins have nowhere near the depth of say a Chicago or Boston. Add to that an average backend that is currently missing veteran Paul Martin and suddenly they don’t look nearly as intimidating as some of the other elite teams across the NHL.

That said, the fact Dan Bylsma’s side doesn’t play an overly physical a brand of hockey, works into the Oilers favour. Anyone who watches this team on an even semi-regular basis is well aware of their struggles against bigger/heavier teams. Going skill against skill has never been this team’s problem and last night was no different.

With that being the case, it seemed to make perfect sense that this could be the night Edmonton finally found a way to take two points off a top team. If that wasn’t reason enough to be somewhat optimistic, the visitor’s decision to go with backup Jeff Zatkoff instead of starter Marc-Andre Fleury, should have been motivation enough.

Ultimately, Edmonton did get through the opening twenty minutes unscathed but were touched up for a pair of second period markers by Malkin and James Neal. Pittsburgh had a great chance to extend their lead even further during a late opportunity on the power play but Devan Dubnyk came up large with a pair of terrific stops to keep his side within striking distance.

His teammates would repay their netminder early in the third, as Ryan Nugent-Hopkins snapped home his twelfth of the season with the Oilers on the man advantage and suddenly Edmonton had some hope. Taylor Hall would pot the equalizer nine minutes later but Kris Letang would restore the Penguins lead with a power play marker of his own with just under eight minutes to go, on a shot Dubnyk should have had.

Unfortunately, it was a scenario which has become all too familiar to both the players and their fans but to their credit, neither would fold their tent on this night. Defenceman Anton Belov would play the role of hero, scoring the first of his NHL career with just 1:59 left on the clock and promptly sending Rexall Place into an all out frenzy.

With momentum already on their side, the Orange and Blue were handed a gift before regulation time was up, as Brandon Sutter was assessed a slashing minor at the 19:36 mark for what was a rather careless and ill-timed hack on defenceman Justin Schultz. With twenty-four seconds left on the clock and overtime staring them in the face, it was up to the Oilers power play to go out and actually win this team a hockey game.

They did exactly that, as Nugnet-Hopkins put the finishing touches on what was a pretty special night for the former first overall pick. While he scored the OT winner and finished up with three points on the scoresheet, it was his play against the Pens #87 that was most impressive.

Going head-to-head with Sid the Kid for much of the evening seemed to suit the Nuge just fine, as the twenty-one year old put together what was arguably the most complete performance if his young career. He was clearly up the challenge of taking on the premier player in the game today and his teammates were smart enough to jump onboard for the ride.

Next to nothing has gone right for the Edmonton Oilers through the opening three and half months of this season and their fan base is fed up with it. They are tired of hearing excuses but want nothing more than to cheer for their team. Unfortunately, they have had little reason to do so but for at least one night, all was forgiven in good ol’ Oil Country and it was nothing short of spectacular to watch unfold.
Posted by Oil Drop at 12:14:00 pm