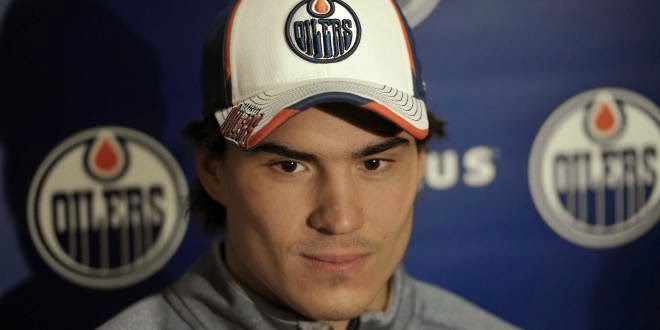 When it comes to the Edmonton Oilers and the possibility of trading Nail Yakupov, fans across Oil Country appear to be almost split down the middle. There are those who believe the organization should move the asset now and look to upgrade other areas on the roster, while the rest appear to be under the impression that moving the talented Russian when his value is at an “all-time low” would be a colossal blunder.

Considering where both the organization and player currently sit, you could understand arguments from either side of the equation but both seem to be forgetting one very important piece of the puzzle…Yakupov’s actual trade value. In my mind, the twenty year old is far from untouchable but he shouldn’t necessarily be the first one who should go out the door.

You can bet Craig MacTavish would want a boatload in return but unfortunately for him, Yakupov has never had the sort of hype surrounding him that typically comes with being a first overall pick. Go back and look at all of the players who were selected #1 since 2000 and can you find me one who had less excitement surrounding them than the former Sarina Sting standout?

I would say no and it’s not even close.

For those who believe he should not be traded in the here and now because he is coming off what has been a dreadful sophomore season, I have two questions for you. Do you truly believe he had any more value following what was arguably a fairly decent rookie campaign? Would he really be worth much more if he put up a 30 goal year in 2014-15?

In my mind, the answer to both of those questions is no. Does that mean MacT should simply ship him out of town? Not at all but that doesn’t change the fact that he has never been highly regarded by the other 29 teams across the league. If the Oilers were smart, they would work with the kid and develop him into as good a player as he could become.

On the flipside of the equation, for those of you who believe Yakupov would somehow net them a top pairing defenceman or a top two centre in return, you keep kidding yourselves. The only way MacTavish has any hope of acquiring such a player in a trade would be by A) moving one of their big four or B) hope to God they finish in the bottom two this season and someone comes calling for a chance at grabbing Aaron Ekblad or Sam Reinhart.

In my opinion, Edmonton would be nuts to move their first round pick should they have the opportunity to land Ekblad and there is basically zero chance of them moving either Taylor Hall or Ryan Nugent-Hopkins. While most fans would rather see the GM move Yakupov, you can bet Jordan Eberle would fetch them far more on the trade market.

No matter how you look at it, the moment the Edmonton Oilers decided to call Nail Yakupov’s name as the first overall pick at the Consol Energy Center in Pittsburgh, Pennsylvania the two were destined to remain together for the foreseeable future. The trade value may not be there but the potential payoff is and it is up to Dallas Eakins and whoever is on his coaching staff in 2014-15 to bring it out of the player.

Ralph Krueger managed to do exactly that in 2013 but Eakins hasn’t been so lucky in his first kick at the can. For the organization’s sake, hopefully they will look back at 2013-14 and chalk it up to nothing more than a rookie coach finding his way and second year player going through an ugly sophomore slump.
Posted by Oil Drop at 12:46:00 pm