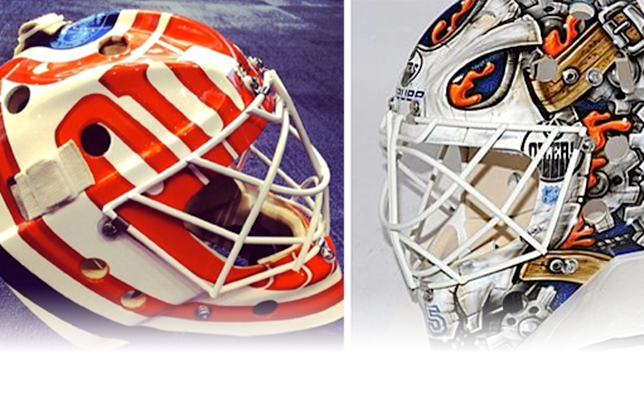 As much as fans and management would like to believe the Oilers goaltending woes have been solved with the acquisitions of Viktor Fasth and Ben Scrivens, there is zero evidence to that being the case. Much like their predecessor, neither man has proven capable of carrying the load of a #1 goalie and on a team as defensively challenged as Edmonton...that is an absolute must.

While the notion of having these two push each other for playing time is all well and good, that isn’t really what this team needs. These are not a pair of 20 year old kids looking to grab their first starting job in the National Hockey League. Heading into next season, Fasth will be thirty-two and Scrivens twenty-eight, at this stage of their careers they shouldn’t need to be pushed...that drive should come from within.

In hindsight, many felt MacTavish had made a mistake in not bringing in someone to “push” Devan Dubnyk but in my mind, if he wasn’t going to replace him, he did exactly what he was supposed to do. He needed to see first-hand if Dubnyk had that next level to his game. As an athlete, either you have the game and necessary drive from within to become “the guy” or you do not.

There is no in between.

The same thing will apply to these two next season, difference being neither one will likely get a shot a being that go to guy off the bat. Unless one of them fall flat on their face, much like Dubnyk did last October, they will be sharing time in ’14-’15. Not sure about you but for me, that doesn’t solve the Oilers goaltending issues. In my mind, it is a band-aid solution that could possibly cloud things even further.

As bad as Dubnyk was during his final go round in Orange and Blue, no one could have seen things going as far south as they did for the former fourteenth overall pick. For me, his tendency to allow a soft goal against at the worst possible moment and inability to make the big stop was always an issue but that didn’t make him a poor goaltender. That said...it certainly did make him an unlikely candidate to turn into a top flight starter.

Unfortunately, until a player is put into a situation where he is asked too carry the mail, you don’t know if he can actually handle it. While Dubnyk may have looked capable during his previous three seasons, much of what he accomplished came after Edmonton was doing nothing more than playing out the string. Contrary to what some may think, there is a different sort of pressure that comes with being the man from the start of the year and that is where the former Kamloops Blazer hit the wall.

Having Fasth and Scrivens share the load tells me one thing, MacT still isn’t sold on his netminding. The Oilers GM had the following to say about Dubnyk shortly after taking over the reins from Steve Tambellini:

I've always believed that when you're assessing goaltenders, if you have to ask the question you know the answer. The question would be, has Devan established himself as a number one goalie in the National Hockey League? And I still think it’s a valid question.

While I totally agreed with that assessment at the time and still do, how is their current setup any different? If anything, Dubnyk had proven far more during his time in Edmonton than what Fasth and Scrivens have combined to accomplish during their collective 109 NHL starts. The masses might be sold on the Spruce Grove native as being the answer but they are basing that on a twenty-one game stretch, in which many were won over by an NHL record setting performance against the San Jose Sharks on January 29th.

As memorable as that evening was, it has masked shortcomings with Scrivens game in the eyes of most fans and many within the media. While he has shown to have the ability to make that highlight reel stop and/or big save on a nightly basis, the former Toronto Maple Leaf has the bad habit of getting himself out of position far too frequently and can struggle mightily with his rebound control. Those are not exactly strong characteristics for a starting goalie in the National Hockey League to have but at least for now...few seem to care.

As far as Fasth goes, the Swedish puckstopper appears to have the more fundamentally sound style but his inability to stay healthy and lack of playing time are red flags. Could he be the answer? Possibly but if it’s too early to make a call on Scrivens, how can anyone make one on a guy who appeared in just seven games for the Oilers and another thirty for the Anaheim Ducks. That’s right...you can’t.

Craig MacTavish is banking on at least one of Viktor Fasth and Ben Scrivens stepping up to the plate and carrying the load for the Edmonton Oilers in 2014-15. In a perfect world, my guess is Dallas Eakins would like to have a true #1 but in all likelihood he will be forced into using a tandem and simply hope for the best. For the team’s sake, it had better workout or their entire season could become unraveled before they even know what hit them.
Posted by Oil Drop at 1:53:00 pm