Hemsky needs to play for a winner 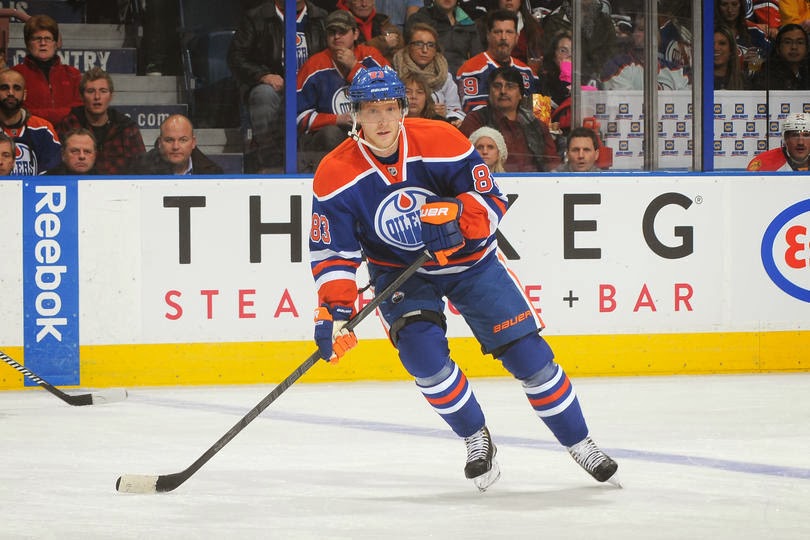 For those of us who have been lucky enough to watch the Edmonton Oilers Ales Hemsky play on a nightly basis over the last eleven years, we all know the type of player he is. At times he has gone missing in action during his tenure in Orange and Blue but for the most part, the former first round pick has been this team’s best player for the vast majority of that time.

Unfortunately for him, the Oilers roster has rarely been good enough for this team to compete and not surprisingly, they have managed to make the playoffs just twice during that span. To his credit, Hesmky was downright dominant during stretches of Edmonton’s run to the Stanley Cup Final in 2006 and showed the ability to take his game to another level come crunch time.

He looked like a completely different player in ’06 and for the first time in ages, we saw that guy re-appear during yesterday’s quarterfinal matchup between the Czech Republic and the USA. The Oilers #83 was flying from the moment he hit the ice and was as engaged as I have seen him since that magical run back in 2006. For the first half of that game, he was the best player on the ice and in my mind, it wasn’t even close. He was that good.

The thirty year old was demanding the puck every time he hit the ice and was a threat whenever it was on his stick. He appeared to be among the most talkative players on the Czech’s bench and once again, looked to be on a level most Oilers fans probably forgot he even had. Funny what playing some meaningful hockey games will do for a guy.

Hemsky may not be everyone’s cup of tea as a player but for anyone that was paying attention, yesterday’s performance against the Americans was a clear message to potential playoff teams across the National Hockey League. If you’re a general manager of an NHL team that is hoping to make some noise in the post-season, how could you not want to add that player to your roster?

Be it one of the upper echelon sides like the Boston Bruins, Pittsburgh Penguins, St. Louis Blues and San Jose Sharks or one that is battling tooth and nail to get into the playoffs, also known as the Detroit Red Wings and Los Angeles Kings, Craig MacTavish should have more than a few of his fellow GM’s inquiring about the cost of acquiring the soon to be free agent.

Some may suggest, the Oilers would be wise to lock Hemsky up to a multi-year deal but to be perfectly honest, I hope that isn’t the case.  This team isn’t anywhere near ready to compete against the better rosters across the league and in my opinion…Ales Hemsky has suffered long enough.

As much as I would love to see Hemsky finish his career in Oilers silks, I would much rather watch the guy I saw playing for the Czech Republic in another NHL city, rather than the worn down facsimile we have been forced to watch in recent years. The time is right and in my mind, this organization owes the player the opportunity and quite frankly, the player owes it to himself.
Posted by Oil Drop at 12:02:00 pm