Oilers schedule is far tougher than some think 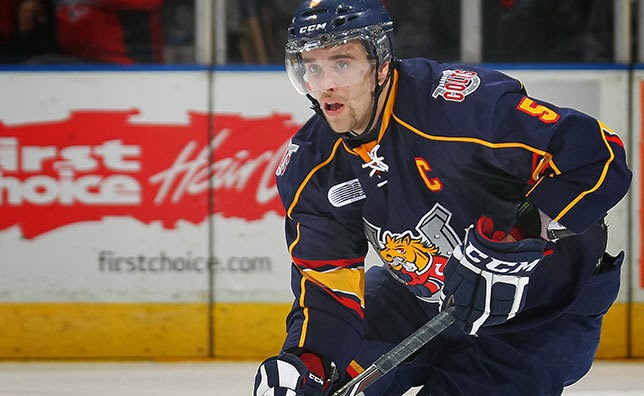 With twenty-two games remaining on their schedule the Edmonton Oilers find themselves within four points of the Calgary Flames and Florida Panthers in the NHL’s overall standings and just five back of a New York Islanders squad that just lost the services of John Tavares for the remainder of the season.


After sitting in twenty-ninth place for much of the year, Dallas Eakins crew could quite possibly move up the standings over the final six and half weeks of season. While no one could have envisioned this year going as it has for the Oilers, losing out on having the opportunity to draft a possible franchise defenceman in Aaron Ekblad could make it that much tougher to stomach.

While the Flames, Islanders and Panthers will likely all limp to the finish line, some seem to be of the mindset that Edmonton will use a “favourable” home schedule to collect a handful of meaningless points down the stretch and ultimately screw themselves out of a top three pick. However, if one were to actually look at the Oilers remaining games, you would see no such schedule actually exists.

There is no question that the team had started to show signs of turning the corner prior to the Olympic break, thanks in large part to the play of Ilya Bryzgalov and Ben Scrivens, and that should be viewed as nothing but a positive moving forward. That said, expecting Eakins’ squad to come away with anything but a number of hard fought losses over their final twenty-two outings would be rather foolish.

Edmonton does play fifteen of their final twenty-two games at Rexall Place and have finally started to earn some points on home ice, after getting off to their usual dreadful start to the season. Be that as it may, only the Sabres and Isles have won fewer games at home and the Oilers twenty-two points are good enough for the second worst home ice point total in the entire National Hockey League.

While they have gone 7-6-2 at Rexall since December 1st, a mere .500 record in your own rink is nothing to write home about. Though it is a marked improvement for a group that has had the league’s worst combined home record since the 2010-11 campaign. Winning at home doesn’t come easy for this group and doing against elite competition is even less likely.

Of those fifteen home games, the Oilers play five games against the Flames(x2), Islanders, Sabres and Nashville Predators but then face the following opponents in the other ten:
Anaheim(x2), Colorado, Los Angeles(x2), Minnesota, New York, Ottawa, San Jose and Vancouver

That is far from a cake walk and when you add their seven road games into the mix, all coming in buildings they traditionally struggle to take points out of (Anaheim, Carolina, Detroit, Minnesota, St.Louis and San Jose), no one should be overly confident in them securing too many points over the final few weeks of the season.

There is no question, the Edmonton Oilers should go out and try and win as many games as they possibly can to close out what has been a painful 2013-14 campaign. The idea of going out and trying to lose is never a good idea but to be perfectly honest, with the Oilers roster and upcoming schedule being what they are, the losses should take care of themselves.
Posted by Oil Drop at 12:31:00 pm