Marincin is making the most of his opportunity 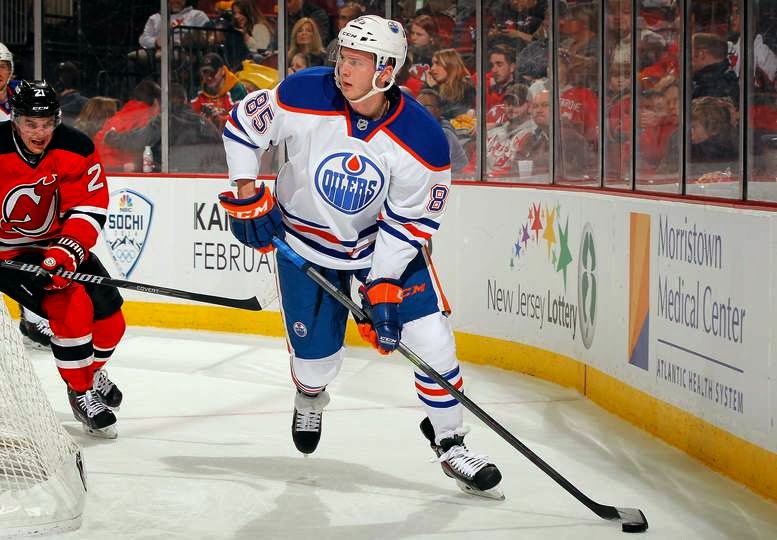 Heading into the 2013-14 season almost everyone viewed defenceman Martin Marincin as the likely odd man out when it came to the Edmonton Oilers and their prospects on the backend.

With Jeff Petry and Justin Schultz already with the big club and the likes of Oscar Klefbom and Darnell Nurse waiting in the wings, it looked as though the 2010 second round pick could be used as potential trade bait to help upgrade their NHL roster.

Everyone knows the Vancouver Canucks asked for the towering blueliner, as well as the Oilers 2013 first round pick, when Craig MacTavish inquired on the availability of goaltender Cory Schneider leading up to the draft.While MacT badly wanted to improve in between the pipes, giving up Marincin and what eventually turned out to be Nurse proved to be a little too rich for his blood.

That decision ultimately kept the twenty-two year old in the Oilers organization and as of right now, it was a move that could prove to be one that helps this team both today and in the future. The fact this kid has arguably been Edmonton’s best defenceman for roughly the past month, says a fair about this club’s backend but in no way shape or form does it take away from just how good he has played.

After getting off to a less than stellar start to his 2013-14 campaign with the Oklahoma City Barons, the youngster righted the ship and made his NHL debut on December 5th against the Colorado Avalanche. He got another game in against the Calgary Flames before being sent back down to the AHL for a little more seasoning but apparently those two games made quite an impression on big defenceman.

From that point on, he was a different player for Todd Nelson in OKC and eventually found his way back up to the Alberta capital before the calendar year was up. To his credit, he hasn’t left the lineup since and continues to move up the depth chart at an almost frightening rate. Marincin has gone from being a third pairing guy to playing twenty minutes a night, including a season high of 23:53 against the Phoenix Coyotes back on January 24th.

He has arguably become the Oilers best defenceman at even strength and as of late, trails only Schultz in ice-time at 5 vs 5. The former Prince George Cougar has been successful by not trying to do too much in the defensive zone and by using his size and reach to his advantage. He rarely if ever looks overmatched and appears to be the right position far more than not.

Not too shabby for a kid that couldn’t get a sniff at the NHL level prior to the season, despite putting together a solid campaign with the Barons in 2012-13. While the 6’ 4” defender has yet to show the scoring touch he displayed in the Western Hockey League or in the AHL, he has been more than willing to jump up in the rush when the opportunity presents itself. It is unlikely that he will ever be much of a point producer at the NHL level but his ability to move the puck up ice is obvious.

His twenty-two game stretch was good enough to earn him an Olympic berth on Team Slovakia and to be perfectly honest, the more than held his own. Did he look out of sorts at times? Of course he did but much like his season in Edmonton, there was far more to like than not.

Isn’t it funny how things can change in just over seven months’ time? For Martin Marincin to go from where he was sitting on the Edmonton Oilers depth chart last summer, to where he currently finds himself, is nothing short of amazing. Obviously it is a little early to suggest he is a bonafide NHL regular but his play has definitely given Craig MacTavish something to think about.
Posted by Oil Drop at 2:50:00 pm