Canucks and Maple Leafs both fall short, Schultz signs with the Oilers 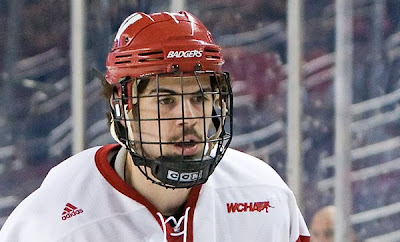 It has been a pretty hectic week for Justin Schultz and a handful of NHL organizations. The youngster was being pitched right, left and centre by teams hoping to convince the twenty-one year old defenceman, that they would be the best fit for him. In the end, he made a surprising choice but it was ultimately the correct one, agreeing to terms with the Edmonton Oilers. As far as opportunity and potential to be the guy on the blueline, Edmonton was the obvious choice but one that was surely not easy to make.

He not only turned down a chance to play for his hometown Vancouver Canucks, in front of his season ticket holding parents, but also walked away from situations that would have seen him playing alongside some of his best friends in either New York or Toronto. No thanks to both the Rangers and Maple Leafs. Apparently playing with the likes of Jordan Eberle, Taylor Hall, Ryan Nugent-Hopkins and Nail Yakupov was too good to pass up.

Give Edmonton credit, they left no stone unturned in trying to convince the former second round pick to come on board. They headed for Toronto with their entire front office team and decided to bring Hall along for the ride. A nice touch having the face of your franchise around and helping to try and sell Schultz on Edmonton. Hearing where the Oilers see themselves moving forward and how he would be a perfect fit is one thing but hearing it from Taylor would be something different.

Definitely a smart move by the organization but they decided to up the ante a little more...having both Paul Coffey and Wayne Gretzky get a hold of the kid and let him know what they thought about playing in Edmonton and growing with a bunch of other young talented players. Some pretty heady stuff.

Schultz made it clear that he was leaning towards playing in Canada but the safe bet would have been on him ending up in Vancouver. With the Canucks being in the win now mode, how big a role would he have actually been given? Tough to say but one has to think that would have played a part in his decision to skip out on Vancouver. Same goes for the Rangers. Good team but where would he fit?

Which brings us to the Maple Leafs. With all do respect to Leafs Nation, outside of Jake Gardiner being best friends with Schultz, they had no real shot at winning over the former Anaheim Ducks prospect. While many in Toronto may not want to admit it, there is no comparison between the potential on their roster to that of the Oilers. If his decision would be based on going to an upcoming team and helping them build from the ground up, there was no decision to be made. As they are currently structured, the Leafs are not that team.

Justin Schultz will arrive in Edmonton on Sunday to meet with the media and start his NHL career with the Edmonton Oilers. While this signing was a huge step forward for this organization, the fact that a highly regarded free agent decided to come to Edmonton over any other team in the league, says something about what is going on in Oil Country.

Since making their unexpected playoff run in 2006, this franchise had become a bit of a laughing stock with many across the league and one that many veteran players wanted nothing to do with. The recent addition of Schultz and Yakupov have suddenly vaulted the Oilers to the brink of finally turning things around and righting the ship of what had previously been looked upon as one of the most storied franchises in the history of the game. It is a turnaround that is long overdue and one that Oiler fans have been waiting years for and in some cases, decades.
Posted by Oil Drop at 5:19:00 pm