Oilers have an impressive looking trio in Klefbom, Nurse and Schultz 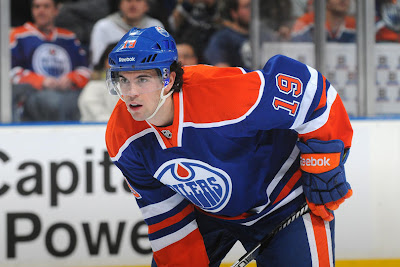 Over the last number of years, the Edmonton Oilers have unjustly taken heat from more than a few so-called experts, for not addressing their blueline at the NHL Entry Draft. However, had any of them taken the time to look back at look at what they actually did, they would have see the complete opposite. While the organization did use their first overall picks from 2010-2012 on Taylor Hall, Ryan Nugent-Hopkins and Nail Yakupov, they did add a fair amount of young talent to their D core since the 2010 Draft.

For an organization that apparently just draft forwards, take a look at the number of defencemen Stu MacGregor and his amateur scouting staff have brought in since the Taylor vs Tyler draft:

Add to that, last year's highly publicized signing of Justin Schultz and inking Taylor Fedun to a free agent contract in March 2011, and I don't see how others see this franchise ignoring their backend. In fact, one could argue MacGregor and company have done their best work, in rebuilding the blueline.

Outside of Jeff Petry, a second round pick in 2006, the Oilers have not drafted an NHL defenceman, since Matt Greene in 2002. Thankfully, putting an end to what was frankly an embarrassing run of ineptness at the draft table, was high on MacGregor's list, after taking over from Kevin Prendergast as Director of Amateur Scouting in 2008.

It is more than fair to suggest Oilers management haven't done enough to improve their defence in recent years. In order for this team to take a step forward in the here and now, they clearly need to upgrade their blueline with veteran NHL talent. Of that, there is no question.

That being said, with the selection of Nurse with their first overall pick at the 2013 NHL Entry Draft, Edmonton suddenly have the foundation of a solid blueline in place. In my mind, it is pretty tough to not like the  potential trio of Klefbom, Nurse and Schultz anchoring the backend for years to come. Should Petry continue to tread upwards as an NHL defenceman, the Oilers will either have their top four D set or a very tradeable asset in Petry.

Both Marincin and Fedun look to be safe bets to make it to the NHL in the not to distant future, while the trio of Gernat, Musil and Simpson could all do the same, albeit down the road. Point being, for the first time in franchise history, Edmonton appear to have themselves some actual valuable assets, outside of their current NHL roster. Are all these guys going to turnout? Of course not but the fact the Oilers have those pieces in place, is very promising indeed.

Again, there is no question the Edmonton Oilers need to upgrade their blueline at the National Hockey League level. That is and will remain the primary focus of general manager Craig MacTavish's immediate future. However, for anyone to suggest this organization has not done its due diligence in trying to re-build its blueline, while bringing in an abundance of high-end skill upfront, would be completely inaccurate.
Posted by Oil Drop at 11:07:00 am