Smyth Allows Season To End On A Positive Note 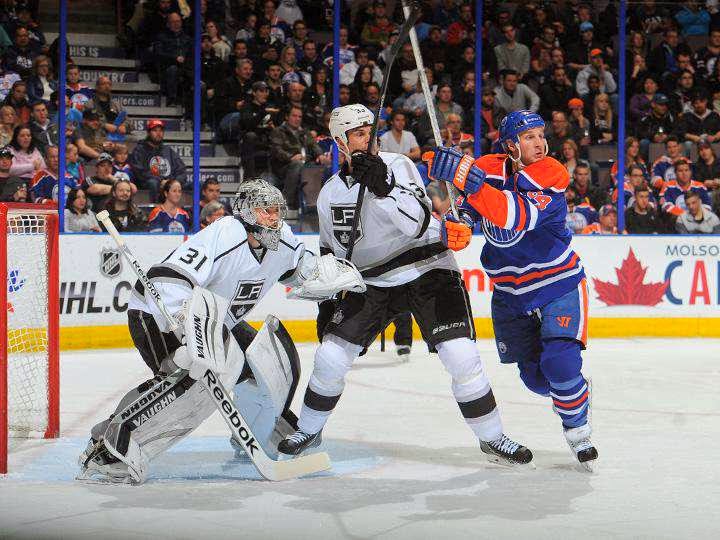 While the Los Angeles Kings were nice enough to sit both Drew Doughty and Jonathan Quick during their final visit to Rexall Place, at the end of the night it mattered little. Despite the visitors somewhat depleted roster, the Edmonton Oilers 3-0 loss to the mighty Kings should have surprised absolutely no one and yet the fans inside the rink found the need to boo their team off the ice on Thursday evening,

Why you ask? The answer is quite simple…Ryan Smyth.

The moment TSN’s Bob McKenzie broke the news of Smyth’s likely retirement following Saturday’s season finale was the moment everything changed for fans across Oil Country. While they have had to deal with their fair share of losing over the years, this season has been extra special.

The pain of watching this group over the last six months has been tough for fans to endure and they needed one final time to voice their displeasure. However, with #94 set to call it a career in Game 82 the opportunity to let the organization know how they truly feel about what has been the most disappointing campaign in franchise history was taken away from them.

While Saturday night’s matchup against the Vancouver Canucks had all the makings of being an extremely unpleasant experience for the organization, it now becomes nothing more than a celebration. There will be no room for booing on what will most certainly be a Smytty love-in. Instead of having fans focus on yet another last place finish, they will turn their attention to Smyth and his pursuit of that elusive power play goal.

My guess, Rexall Place will have a playoff-like atmosphere running through it on Saturday night and hopefully the energy in the building will give players like Jordan Eberle, Taylor Hall, and Ryan Nugent-Hopkins an idea of just how special playing In front of these fans can be. There is no question the night will belong to Ryan Smyth and the city of Edmonton but let us hope it has a lingering effect on those who return in 2014-15.
Posted by Oil Drop at 10:32:00 am