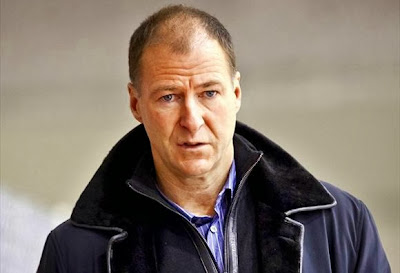 Since their run to the 2006 Stanley Cup Final, the Oilers have been unable to qualify for the post season but this season was supposed to be the year. Many believed they were either going to end that playoff drought or at the very least, be in the mix for a playoff spot in the Western Conference.

Unfortunately that hasn’t happened and not surprisingly, the masses are angry and have started to pull their torches and pitchforks out of the closet. With this club on the verge of missing the playoffs for an eighth consecutive season, Oilers fans are pissed and rightfully so.

The focus for much of that anger has been targeted at Kevin Lowe. The organization’s President of Hockey Operations is certainly a polarizing figure when it comes to fans and many feel he should be the one to pay the ultimate price. Hence the newly formed “Kevin Lowe has to go”
group, which is currently playing a starring role on Facebook and Twitter pages everywhere.

The page was launched on January 4th and has already accumulated over 9,000 likes in ten days and gaining momentum. Frustrated Oilers fans everywhere are jumping on board with their support and it’s a story that has started to make waves in the mainstream media.

You could argue whether or not Lowe truly has as great an impact on the day-to-day running of this club, as some believe he does, but no one really wants to hear that. In my mind, Craig MacTavish is the general manager of this team and has to be given time to try and find those missing pieces on what has been a rather painful rebuilding process.

Some will say this process has been going on for eight years with no end in sight but to be completely fair, this is actually year number four. That said, Oilers fans have been hearing the same sort of thing for so long and they simply have no interest in hearing it any longer…even if it is the reality of the situation

They may have reached their boiling point but for it to get to the point that it has, is frankly embarrassing, Make no mistake, this organization has enough trouble trying to convince players to want to come to Edmonton. It is hard enough for MacT and company to get players to overlook the club’s current struggles and focus on the future.

However, when you add a passionate fan base into the mix, which has been known for jumping all over certain players and playing a role in running their fair share out of town or overreact to how some ultimately left the Alberta Capital, see Chris Pronger, it can be completely counterproductive.

Believe me, the frustration level amongst the fans is understandable but it’s no greater than the frustration which is undoubtedly felt within that dressing room and amongst the management group. Changes may need to be made and it will get done in due time…should this group not turn the corner and show improvement starting next season.

Understandably, fans want their pound of flesh but it isn’t going to be coming anytime soon. This organization decided to go the way of a full out rebuild in 2010 and there has been a lot of pain that has come along with that decision. At the end of the day, tanking it may or may not have been the way to go but we are not yet at the point where that question can be answered.

Until that day comes, Kevin Lowe will remain as the President of Hockey Operations for the Edmonton Oilers. Again, it may not be what some fans want to hear but it is the reality of the situation. If you don’t like it, stop giving them your money.

None of us are being forced to go to games or watch this team on TV or buy Oilers merchandise. If you take issue with how Daryl Katz is running his organization, then don’t give him your hard earned dollar.

All I know, is using this mob mentality to try and force some sort of move out an owner isn’t the way to go. Again, if you want Mr. Katz to hear your message, then take your money and go do something else with it.

Too many people tend to forget that sport is nothing more than entertainment. If you don’t like music that a certain musician releases or a movie a particular actor or director makes, you stay away, Hockey is no different. If you don’t like it, stay away. It is really that simple.
Posted by Oil Drop at 10:47:00 am