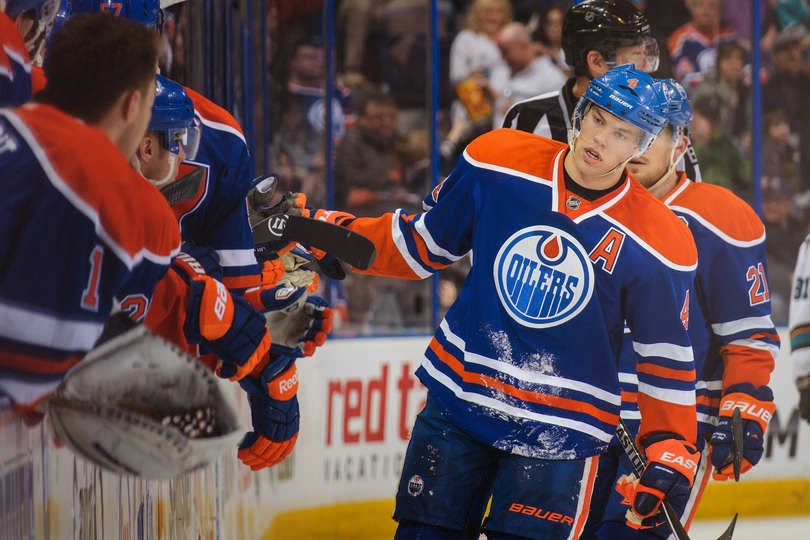 As good as Taylor Hall has been during his first four seasons in the National Hockey League, there are those who feel he still has a long way to go before becoming one of the top players in the game today. While the Edmonton Oilers star winger certainly has room to grow as a player, this notion of him being this irresponsible kid who refuses to conform his game is almost laughable.

Instead of focusing on the fact Hall is one of only four players to finish in the top ten in league scoring in each of the last two seasons, the others being Sidney Crosby, Phil Kessel and Alex Ovechkin, all people focus on is the so-called negatives in his game. Be it a defensive miscue on the ice or an emotional outburst from a player that is clearly sick and tired of losing, it is always about what he is supposedly doing wrong.

After watching him improve as much as he has over the first 246 games of his career, I now finally understand why so many have taken issue with a guy who has managed to produce 130 points in his last 120 games played. When you actually think about, it is quite obvious and a one word answer is all that is needed.

While Hall may have been the first player who had has his name called at the 2010 NHL Entry Draft in Los Angeles, it seems as though almost everyone has forgot what position he plays. When fans and experts alike start comparing his “overall” game to players who are roughly in the same age bracket, they generally tend to use guys who play down the middle of the rink as the comparable. Why is that you ask. Simple…he is that much better than every other winger.

Now I am not sure about any of you but for me, the responsibility of centre, especially from a defensive standpoint, is far different from the expectations on a winger. Outside of Colorado’s Gabriel Landeskog, who doesn’t produce anywhere near the same clip as the Oilers #4, can you name me another young winger who is solid defensively and puts up points? That’s right, they don’t exist.

Take a look at the top scoring wingers in the NHL, regardless of age, and tell me how many of them are stunning in their own end of the rink? The Stars Jamie Benn is pretty good but he is a centre playing on the wing. Chicago’s Patrick Sharp is a great player but he isn’t exactly a defensive stalwart and is thirty-two years old. How about names like Patrick Kane, Kessel or Ovechkin? Not so much.

Probably the best of the bunch is Corey Perry and the Ducks sharpshooter is no better than average at best in the defensive zone and is twenty-eight years of age…not twenty-two. Are you noticing a bit of a trend here? While Hall may not be Crosby or Steven Stamkos, he is every bit as impactful a player as the likes of John Tavares or Tyler Seguin…despite playing on the wing.

The thing people seem to forget is he was just seven points shy of Anaheim's Ryan Getzlaf for second in league scoring. That’s right folks…seven. Hall played the fewest games of any player in the Top 15 in scoring, Pittsburgh’s Evgeni Malkin played sixty and finished fifteenth was 72 points, and did so while playing on what was by far and away the worst roster in the Western Conference.

Yet, as dumb as it sounds, there are those who still question whether the Oilers made the right call back in 2010.

Until Craig MacTavish finds a way to improve his hockey club, what more can we real expect from the former Windsor Spitfires standout? Contrary to what some might have you believe, Hall has improved on the defensive side of the puck but still has a ways to go. That said, I have absolutely no interest in watching him become some sort of two-way guy who thinks defence first. That isn’t who or what he is as a player.

If people want to crap all over Taylor Hall because he is the face of the franchise and the Edmonton Oilers have come nowhere near meeting the expectations many had for them as a collective unit, that is completely fine. It may not be fair but it comes with the territory.

However, not giving the player his due for turning himself into one of the elite offensive weapons in the game today is just flat out wrong and frankly embarrassing. My guess is this all changes the moment the Oilers start winning hockey games. Unfortunately, there is no guarantee of that occurring anytime in the immediate future.
Posted by Oil Drop at 10:17:00 am