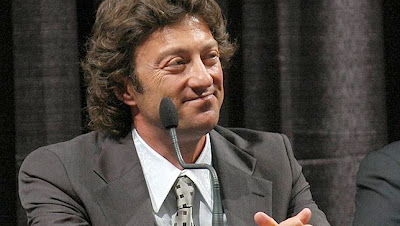 On the heels of the NHL owners finally coming to their senses and actually offering the NHLPA an agreement they could seriously look at, the Oilers owner decided to take his latest jab at City Council on Tuesday afternoon. If you somehow missed it, here is the link to the official release on the Edmonton Oilers website.:

Personally, I have always been of the belief that there is no reason for the two sides to not come to some sort of agreement. However, was this whole scenario surrounding the Downtown Arena soon to hit the the five year mark, when is it time to look at other options? Pretty sure if you were to go out and ask Oiler fans, the vast majority would say that time is now.

Daryl Katz was once perceived as a hero of sorts, by many in this market, when he stepped to plate and bought the club in 2008. Those days are nothing more than a distant memory, as fans are becoming more restless, the longer this drags on. Heck, at this point, you are starting to hear those that are comparing him to former Edmonton Oilers owner Peter Pocklington. Not exactly the name you would want to be linked too in this neck of the woods.

That being said, in my mind, much of the delay in getting this project off the ground, lands at the feet of the city but these latest rounds of squabbling are squarely on the Katz Group. With Mr.Katz having released three statements within the last month, two of them basically calling out and threatening city council of what would could happen if they did not get their way, and one apologizing to the public for one of those threats. Obviously, they are more than a little uncomfortable with where negotiations currently stand.

So much so, that Oiler owner went as far as to ask Edmonton Mayor Stephen Mandel to consider using NHL Commissioner Gary Bettman as a sort of mediator, in yesterday's media release. While that is all well and good, my gut feeling is Gary has a few more pressing items on his table at the moment.

With both sides seemingly unable or unwilling to get a deal done, has the time come to look at some other options? Like having the city look at building the arena on their own. Edmonton Journal columnist David Staples is one that would rather see the Katz Group and the city hammer out a deal but also believes the city is more than capable of building the arena on their own. I fully agree with this sentiment but there would be some major risks and drawbacks from the city's stand point.

One, they would obviously be footing the entire bill for the arena, whatever watered down version they would ultimately approve, but they would also be losing the potential surrounding investment that the Katz Group would be putting into this project. Secondly and more importantly, it would be almost impossible for this city to build the type of building that is needed to house an NHL franchise, without a guaranteed anchor tenant. While the league would almost never allow the Oilers to leave town, there's nothing stopping Katz from having them play elsewhere.

If this deal were to fall apart, you can bet on the rumours of the Katz Group revisiting the possibility of building a new arena on the city's outskirts, near the River Cree Casino or some other location within the city limits. Not an ideal situation by any stretch of the imagination but it is an option the Oilers would have at their disposal and something they city would have to seriously consider, before moving forward with the project on their own.