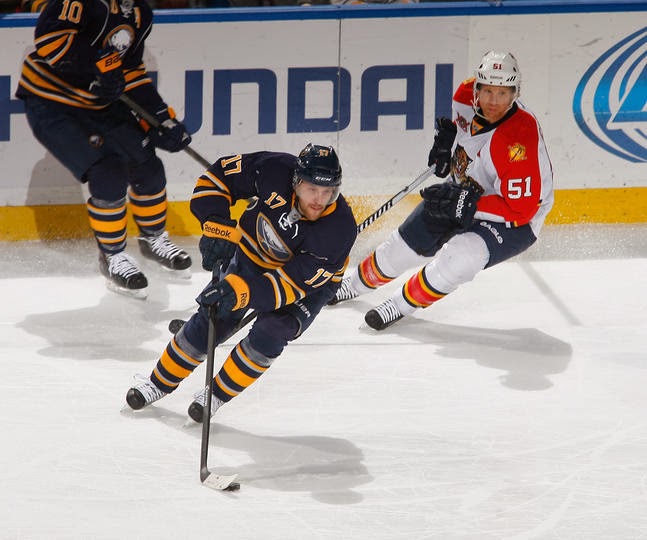 With the 2014 Sochi Olympic break less than a week ago, hockey fans everywhere will be treated to battle between the NHL’s two worst teams on Monday night. Yes it’s the matchup everyone has been waiting for, as the Edmonton Oilers pay a visit to the Buffalo Sabres…or maybe not.


While the vast majority of National Hockey League clubs look to align themselves for a potential playoff run following the upcoming two week hiatus, the Oilers and Sabres continue to duke it out at the bottom of the standings. Heading into tonight’s matchup, both teams sit comfortably nestled in the basement of their respective conferences but Edmonton sit just four points ahead of Buffalo for 29th place with Ted Nolan’s crew having played three fewer games.

At this stage of the game one has to wonder if either side really wants to win this one but then again, it’s not often that these teams actually have a real shot at bringing home two points. After all, these guys are all professional hockey players and it can’t be much fun to be losing at the clip these two have been chugging along at.

After facing 100 shots over his previous two outings, netminder Ben Scrivens will get the night off, as Dallas Eakins will turn to veteran Ilya Bryzgalov as his starter on Monday night. The Oilers rookie bench boss will also be adding forward Jesse Joensuu back into the mix, as Ryan Jones will take the big Finn’s spot in the press box. Outside of those two moves, Edmonton will dress the same lineup that was thoroughly dismantled on Saturday afternoon by a half-interested Boston Bruins squad.

That said, it looks as though Taylor Hall and company will catch another break on the goaltending front, as Sabres MVP Ryan Miller will get the same treatment as Mr. Scrivens. After being torched for five goals over two periods in Saturday’s 7-1 drubbing at the hands of the Colorado Avalanche, the American Olympian will take a seat on the bench in favour of Jhonas Enroth.

The other possible side story on the night will surround one Linus Omark. While the former Oiler was somewhat of a fan favourite during his time in the Alberta capital, the diminutive winger has done nothing to shake the tag of not being an “NHL player” since arriving in Buffalo. The talented Swede has picked up just two points in eleven games with the Sabres and has been a healthy scratch on nine separate occasions

One would think Omark would like nothing more than to stick to his old organization but in reality, he could actually be doing them a huge favour in the long run. If nothing else, let’s hope we are at least treated to an entertaining game.
Posted by Oil Drop at 11:16:00 am