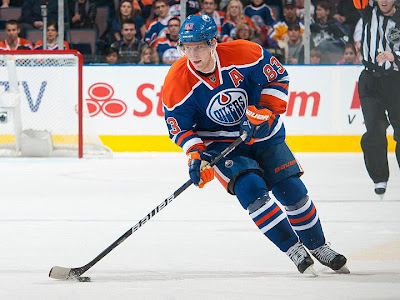 While it has been speculated for months, that the highly skilled Czech would be moved at some point leading up to the deadline, he still remains an Oiler. The fact that many fans and media tend to forget, is that replacing what  Hemmer brings to the table is no easy task. It is one thing to simply move the asset but it is another thing entirely, to figure out who would replace Ales in the lineup. Do they have a legit top six forward in house that can take the spot? That answer would be no. The closest thing they currently have in the system, would be Linus Omark. The talented Swede has the skill set to fill the role but at this stage of the game, he is far from a sure-fire bet to be a top line player.

An option they do have, is to look outside the organization and address their need for a top six forward via trade or free agency. The organization must first decide if they are keeping Sam Gagner and then look at what type of player suits their needs best moving forward. Is it a winger or a centre? Many will now argue the point that Gagner has shown that he "has to" play centre to be successful in this league but I would argue that. While Sam is much more comfortable playing down the middle, I feel his recent resurgence has less to do with what position he is playing and more to do with the players he is currently playing with. If Hemsky is moved they will have the need for at least one and possibly two top six players, depending on the development curve of Magnus Paajarvi.

Players like Ales do not come along everyday and despite his horrendous 2011-2012 campaign, this organization would be making a big mistake to just let him go, without first seeing what his intentions are moving forward. While it is a pretty safe bet that the pending UFA would be wanting to secure himself a long term extension, what type of money and how many years would we be talking about? Obviously, the ability to sign this club's core young players can not be compromised but if Hemsky departs, the spot is going to have to be filled in some fashion.

Having said that, bringing in a high grade UFA would likely cost the Oilers $4-$5 million a season and there would be no guarantee on what they would be getting. Where as in Ales, they know exactly what the player brings to the table and that he fits in nicely with the players in that dressing room. It definitely took him time to come to grips with the fact that he is no longer "the go-to guy" but I think he is more then ok with just being one of the guys and not the main focal point. As long as he is part of the plan and playing with talented players, I think Ales would be perfectly happy with staying in Edmonton.

Everyone knows this team needs to upgrade their backend in order to become a true contender but I think that could and should, be addressed via free agency and possibly trades. The Oilers are now at the stage, where they can look at moving some prospects and future draft picks to net them some young NHL ready defencemen and allow the Oscar Klefbom's of the world time to develop and not be rushed. While their blueline has their issues, the current group isn't as bad as they seem. As a collective group they are not good enough but if you add in the right piece or two, you suddenly have the makings of what could be a pretty decent  D core.

Keeping that in mind, maybe having  Hemsky stay in Oiler silks isn't a bad option after all. He is heading into what should be his prime years and he may be too good of an option to pass up. Also, when you consider that Edmonton may have the option of adding a player like Mikhail Grigorenko at the draft, it makes a pretty damn compelling argument to keep Hemmer around.

If all goes well, a forward group that would include: Taylor Hall, Jordan Eberle, Ryan Nugent-Hopkins, Gagner, Hemsky and Grigorenko  would potentially, form one of the best top six ensembles in the league. If they don't have the good fortune of Grigorenko falling into their lap, then they draft Ryan Murray or another D man and add a short term fix in the top six for next season. If Ales Hesmky truly wants to remain an Edmonton Oiler and his contract demands are reasonable, signing him might be the best thing this franchise could do.
Posted by Oil Drop at 6:07:00 am