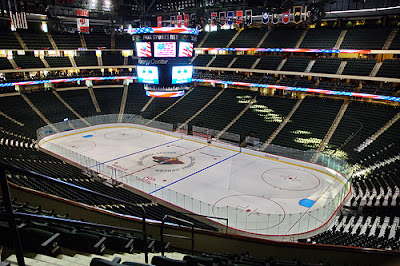 
Coming off what was arguably their best road performance of the season, the Oilers will be playing their first afternoon affair of the year and against a team they simply can not beat. Edmonton is not expected to make any changes upfront and will look to keep things rolling against the Wild. The Oilers have lost 17 consecutive games in the Xcel Energy Center but I think this is the day, it will come to an end.

Alex Plante will be taking a seat in the press box Friday afternoon but it will be for a very good reason. The Oilers will get defenceman Ryan Whitney back in their lineup and it could not have come at a better time. This team has been able to win two of their last three games, while playing with only two legit NHL defencemen in their lineup. While I don't expect the Oilers to put too much onto Whitney's plate off the bat, I definitely do see him playing regularly on the second pairing with Petry and on one of Edmonton's two power play units. If Whitney can stay in the lineup for the rest of the season, this team will stay in the hunt for a playoff spot, all season long.

Devan Dubnyk was very solid against the Nashville Predators but the Oilers will be going back to Nikolai Khabibulin on Friday afternoon. The Russian netminder has lost twice to the Wild this season but both games were by a score of 2-1 and in a shootout. It makes perfect sense to have the veteran go for a third time against Minnesota and then have Dubnyk play Saturday night against the Colorado Avalanche...whom he has already beat earlier in the season.
Posted by Oil Drop at 12:47:00 am