Did the Oilers devalue Ales Hemsky? 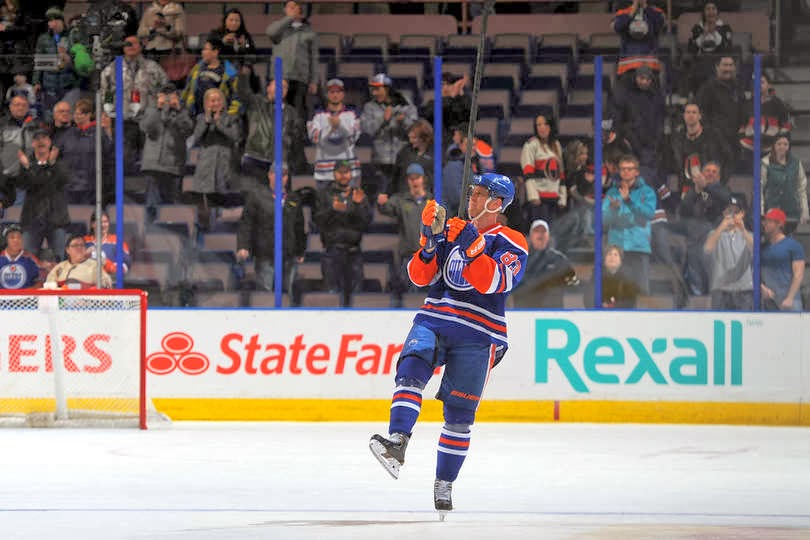 Ever since his debut in Edmonton Oilers silks, I have had a bit of a soft spot when it comes to Ales Hemsky. After years of being one of the few, if not the only, highly skilled players on the Oilers roster, few have given the talented winger credit for being as good a player as he has been over his now elven year career.

Was Ales ever a great player? No but he was a very good one that had the misfortune of playing for many a bad and with very few talented linemates. While it was disappointing to see him leave town during yesterday's NHL Trade Deadline, the fact the Ottawa Senators gave up just a third and a fifth round pick to acquire him tells us there really wasn’t much of a market for him.

With that being the case, this notion that the organization somehow “devalued” the player is a bit of a head scratcher. It would be more than fair to say Hemsky wasn’t given a regular top six role over the past two seasons but it would not be fair to suggest he has been bottom six forward.

The opportunity may not have been as great this season but he was still given a decent number of minutes on one of the top two lines and a regular spot on the power play. The production simply hasn’t been there.

Over his last three seasons in Edmonton Hemsky posted all of 82 points, 28 of those being goals, in 162 games. Not exactly a prolific pace and nowhere near what he produced during his previous six seasons. One can try and put much of that on the coaching and/or situation but at some point, the player has to produce…something which the Oilers #83 did not do.

TSN’s Craig Button was accused of being out to lunch when he suggested Edmonton would have been lucky to even get a second round pick for Hemsky at last year’s NHL Trade Deadline and only if they were willing to eat part of his salary. That coming exactly one year after the club decided to sign the then twenty-eight year old to a two year/$10 million extension, after getting nothing more than a second round pick offered for him during the 2012 Deadline.

So I ask the question in all honesty, how did the organization “devalue” the asset? Most seemed happy to have him on board for another couple of years, at what was perceived to be a fair contract number in this neck of the woods but not so much in other NHL markets. They signed and played the player and they player ultimately didn’t produce, albeit for a variety of reasons.

Does it suck that Craig MacTavish got basically nothing in return for Ales Hemsky? It certainly does but considering what other teams secured for players who have done far more in recent years, no one can really complain on the return. That said, if he wasn’t going to fetch them a 1st rounder when general managers were far more likely to part with one and he was putting up numbers, how exactly has he been “devalued”?

If you would like to blame the Edmonton Oilers management group for a variety of issues that currently effect the club, it should not be that difficult. Take your pick...the list is fairly lengthy. However, blaming them for something they truly had no control over, does seem to be rather silly.
Posted by Oil Drop at 4:35:00 pm