MacT has been busy but... 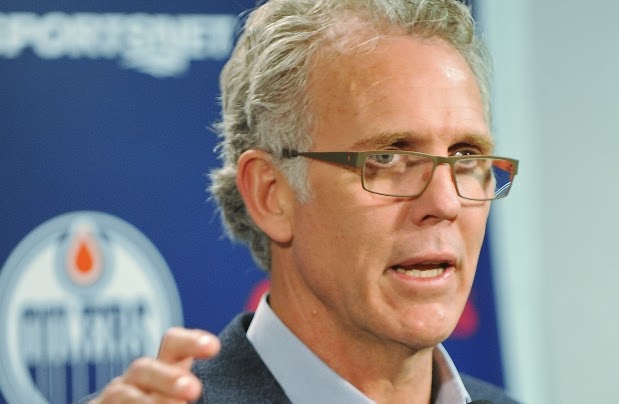 Anyone that was expecting the NHL Trade Deadline to be anything but anti-climatic for Craig MacTavish and the Edmonton Oilers wasn’t paying attention. While the return for Ales Hesmky wasn’t exactly overwhelming, the Oilers GM didn’t exactly have many bullets at his disposal.

However, when we look at his overall body of work since the start of the season, it has been a bit a mixed bag for MacT when it comes to making trades. In total, he pulled the trigger on eleven deals and moved out the likes of Mike Brown, Ilya Bryzgalov, Devan Dubnyk, Ales Hemsky, Jason LaBarbera, Linus Omark, Olivier Roy, Nick Schultz, Ladislav Smid and a handful of draft picks. In return. he has managed to recoup some those picks while acquiring Mark Fraser and Matt Hendricks, prospects Roman Horak and Laurent Brossoit, as well as a pair of new netminders in Viktor Fasth and Ben Scrivens.

Not sure about all of you but in my mind, at least for the moment, the Oilers are really no better today than they were on October 1st. Now that could change if either Fasth or Scrivens turn into a legitimate NHL starting goaltender and/or Brossoit does the same down the road but there is no guarantee of either of those situations occurring. They will be better in between the pipes but Fraser and Hendricks are not reasonable replacements for Hemsky and Smid.

With that being the case, it is rather difficult for me to give MacTavish anything more than an average grade for his in  season moves. The fact Edmonton received basically the same package from the Ottawa Senators for Hemsky that the Florida Panthers got from the Pittsburgh Penguins in exchange for Marcel Goc, is more than a little perplexing.  Why not wait and see if you could bleed a little more from someone else?

In my mind, he hit it out the park in signing Boyd Gordon, trading for David Perron and did reasonably well in bringing on Bryzgalov for what amounted to four months, before sending him to the Minnesota Wild for a fourth round pick. Outside of that, Hendricks has been good but in reality, he is nothing more than an overpriced fourth liner winger.

Don’t get wrong, I didn’t mind the deal at the time and I still don’t. That said, getting a bottom six forward who makes $1.85 million for the next three years isn’t exactly a steal of a deal.  If the plan was to go out and try to improve the team…that hasn’t really occurred. From the moment  MacTavish decided to send Smid to the Calgary Flames, when his blueline was in the mess that it already was, made zero sense and left him and the organization chasing their tail for the remainder of the year.

Ultimately, what Craig MacTavish does this summer will dictate where this team is headed but much like their current placement in the Western Conference standings, there had better be some major movement and it had better be bold.
Posted by Oil Drop at 2:07:00 pm