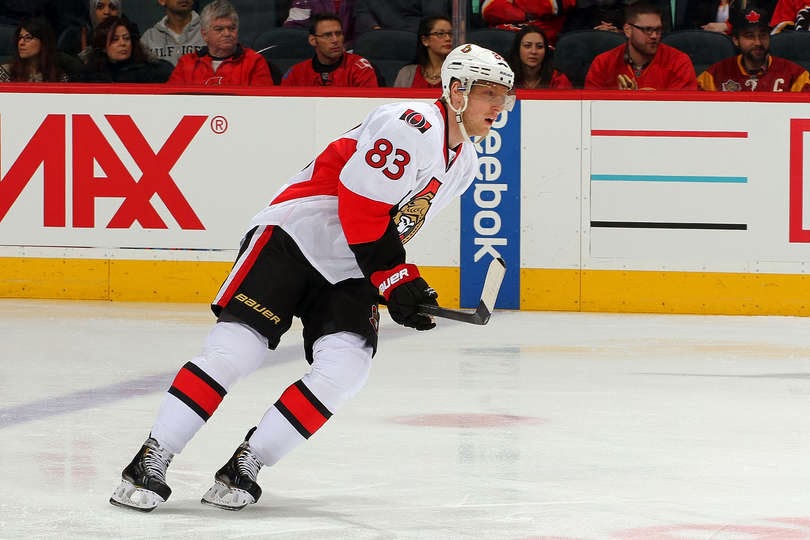 It is rather funny how things tend to work in the world of sport. After spending a good chunk of the last eleven years in the city of Edmonton as a member of the Oilers, Ales Hemsky was shipped to the Ottawa Senators for a couple of draft picks during last week’s NHL Trade Deadline.

While the move did signal the end of an era in the Alberta capital, it sure didn’t take long for Mr. Hemsky to once again become the centre of attention in his old stomping grounds. All of five days after being sent out of town, the talented Czech winger caught many in the media and Oilers fans off guard with comments he made about his former club in Ken Warren’s article over at SenatorsExtra.com.

There wasn’t much in the way of volume when it came to #83’s opinion on what is currently wrong with his former club but his words carried more than a bit of weight in this neck of the woods and certainly didn’t go unnoticed.

“I don’t know how to explain it. If somebody knew, they should step up and help them, but they haven’t figured it out yet. Maybe it’s just the kids. They have to step up and lead the team to the playoffs. They’ve been there for a long time and it’s their time, you know. They can’t only blame older guys or change their fourth line. They’ve got to start leading the team to the playoffs. Be leaders. That’s probably the one thing. But they are all great guys and I had a great time and hopefully they will turn it around and get into the playoffs. People deserve it there, you know. It’s a hockey city. People love their hockey and it’s painful.”

Now some people may read that and think he is doing nothing more than taking a shot at the kids and the organization that just traded him away but I don’t see it that way. If you take the comments on the whole, in my mind, it is pretty obvious what Hemsky is trying to say. Clearly, he is of the mindset that Oilers management hasn’t done a very good job of A) building a competitive team and B) holding the younger players accountable when things haven’t gone as planned on the ice.

Does anyone truly have any problem with either one of those statements?

The organization hasn’t done a good enough job of surrounding the kids with enough quality veteran help and when the results turned out to be less than what they were hoping for, the finger has generally been pointed towards their older players and guys who were been put in nothing more than support roles.While those players certainly needed to be better, they were never going to be difference makers in the manner in which they were or still are being used.

As far as his remarks on the younger players needing “to start leading the team to the playoffs”, it is more than fair and completely accurate. One can argue all they want as to whether or not the likes of Jordan Eberle, Sam Gagner, Taylor Hall and Ryan Nugent-Hopkins should even have that responsibility on their plate, the fact is they do and there have been more than a few whispers of those players being handed over major leadership roles inside that dressing room.

When Hemsky refers to some of the kids as having “been there for a long time”, he is most likely referring to three…if not four players. In my opinion, those players would be Eberle, Gagner, Hall and probably Jeff Petry. Some may look at Eberle and Hall as still being somewhat green but the fact of the matter is this is year four for both and the team is no better in the standings than they were back in 2010.

All four have been placed into major roles in recent seasons and yet the team continues to struggle. When I read Ales’ comments, I get the sense he feels the kids were likely given too much to quick but in the end, the doesn’t change the reality of the current situation. Right or wrong, it’s now up to these kids to put this team on their collective backs and do whatever is necessary to turn this thing around.

Ales Hemsky hasn’t always been everyone’s cup of tea but his assessment of the current state of the Edmonton Oilers appears to be dead on…regardless of whether or not people want to hear it or even accept it.
Posted by Oil Drop at 1:37:00 pm