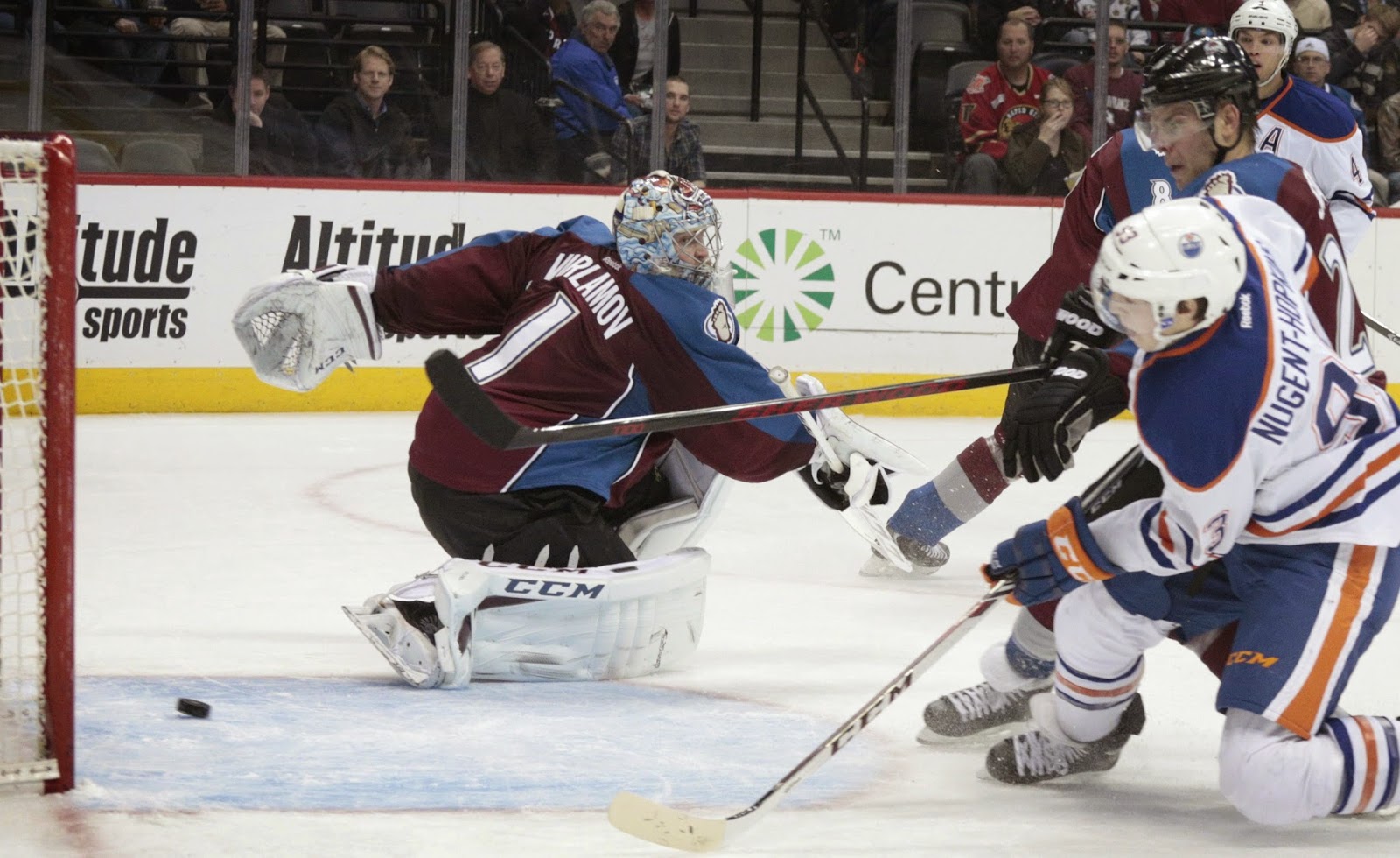 With roughly one month left in the 2013-14 NHL season, you would be hard pressed to find a team who has surprised more people than the Colorado Avalanche. After beating the Chicago Blackhawks by a score of 3-2 on Wednesday night, the Avs find themselves in tie for third place in the Western Conference with the San Jose Sharks and a point up on the defending Stanley Cup Champions.

Pretty heady stuff for any young team but especially for one who many an expert predicted would finish in the bottom third of the conference. After falling just short of qualifying for post-season play back in 2011-12, much was expected from the Avalanche in 2013 but they weren’t quite ready for primetime… finishing just three points in front of the last place Florida Panthers.

While Ralph Krueger managed to get his team into a playoff spot the day after the 2013 NHL Trade Deadline, it didn’t last long, as Edmonton crumbled under the pressure of finding ways to win games over the final few weeks of the season. That said, most were expecting the boys in Orange and Blue to at least push for a playoff spot in 13-14.

Obviously that hasn’t happened and to be perfectly honest, their season has almost mirrored the Avs from a year earlier. Despite all the hype surrounding the likes of Jordan Eberle, Taylor Hall, Ryan Nugent-Hopkins, Justin Schultz and Nail Yakupov Edmonton has done nothing but continue to lose hockey games at an alarming rate.

Just like many of the Avalanche younger core players, most of the Oilers highly-skilled youngsters have had off years. It was ugly to watch in Colorado and has been just as frustrating to deal with for those who reside in the Alberta capital. Both teams ultimately plummeted down the standings but to their credit, the Avs have bounced back with a fantastic campaign in 2013-14.

While it is all well and good that Patrick Roy has these guys playing like a bunch of possessed little SOB’s, how is this team accomplishing what they are? If you look at their roster and then look at the hosts of names Dallas Eakins has employed during his rookie season behind an NHL bench, there isn’t a whole hell of a lot of difference.

Heading into the season, the Av’s were considered by most to be a very highly-skilled upfront but one that had a ton of questions along their blueline and no sure thing in between the pipes with Semyon Varlamov. And yet here they sit, tied for fourth in the league’s overall standings and just four points behind the St. Louis Blues for top spot, So what gives? The biggest difference has come in goal and down the middle of rink.

While Edmonton hasn’t received the sort of production they were hoping from Ryan Nugent-Hopkins and Sam Gagner, Colorado has had both Matt Duchene and Paul Stastny deliver in a big way. Toss in some extremely productive seasons from the trio of Gabriel Landeskog, Ryan O’Reilly and rookie Nathan MacKinnon and suddenly you understand why the Avs season has gone the way it has.

When you compare the overall games and production of the aforementioned Avalanche players to those of Eberle, Hall, Gagner, Nugent-Hopkins, David Perron and Yakupov it isn’t even close. And yet, if we were having this discussion a year earlier, only Duchene and winger PA Parenteau were coming off solid campaigns and MacKinnon was nothing more than an afterthought…as much of the attention was being given to former Portland Winterhawks star blueliner Seth Jones.

Varlamov has been lights out from start to finish in 2013-14 and has combined with veteran Jean-Sebastien Giguere to give Colorado one of the better goaltending tandems in the league. Whereas Edmonton had what was by far and away the worst duo in all of hockey with Devan Dubnyk and Jason LaBarbera, though the trio of Ilya Bryzgalov, Ben Scrivens and the recently acquired Viktor Fasth have righted the ship in recent months.

That said, the Avs goaltending played a major role in them getting off to the start they did, going 14-2 in their first sixteen games. However, the Oilers netminding woes had arguably an even greater impact on the club starting the year off with a dreadful 3-10-2 mark over their first fifteen outings. It was quite literally night and day. Funny thing is, Dubnyk had fooled some into believing he was on the verge of becoming a legitimate #1 goalie because of a healthy SV% and Varlamov was coming off a year in which he looked as though he couldn’t stop a beach ball on far too many nights.

While Colorado’s defence has been solid during 2013-14, much of that can be attributed to some solid goaltending, it’s not exactly light years ahead of what Edmonton had on the backend to start the season. Neither one is overly impressive yet the Avalanche has been able to overcome their shortcomings, while the Oilers continue to drown in their blueline’s ineffectiveness.

When it comes to sport confidence can be a very powerful thing and after the Colorado Avalanche started their year in the fashion they did, it became almost impossible to bring them down. The days of no longer believing in themselves or their teammates were a thing of the past. This group morphed into something no one saw coming and all of it occurred within a matter of weeks. What’s even more impressive, is they have managed to ride that wave all season long.

Are the Colorado Avalanche as good as their record indicates? Probably not but they keep finding ways to win hockey games so maybe they are. From the standpoint of the Edmonton Oilers, they can only hope to follow a similar model in 2014-15 and grab some confidence early on and ride it as far is it will take them. God knows it would do these players and their fans a world of good.
Posted by Oil Drop at 7:23:00 am