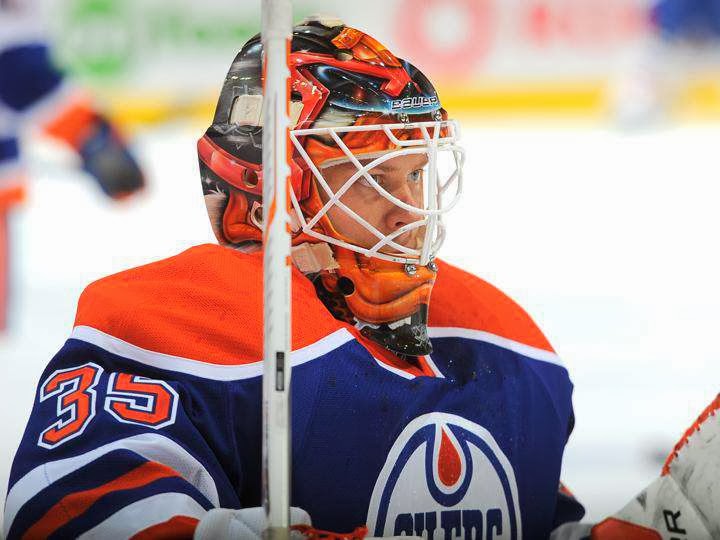 From the moment he took over as GM of the Edmonton Oilers, Craig MacTavish made it abundantly clear he wasn’t happy with his goaltending. After starting the 2013-14 campaign with Devan Dubnyk and Jason LaBarbera, the Oilers general manager decided to replace that duo with the trio of Ilya Bryzgalov, Ben Scrivens and most recently Viktor Fasth.


If Fasth turns into the type of goalie this organization hopes he can be, no one could complain about the job MacT has done in rebuilding his team’s depth in between the pipes.  He was never sold on Dubnyk being his guy and despite his best efforts, was forced into using him as his #1 guy heading into this season and we all know how that ended up.

He missed the boat on LaBarbera, as did yours truly, but made two very nice pickups in acquiring Bryzgalov and Scrivens.  In hindsight, waiting to sign the former Philadelphia Flyer as a short-tern solution, as opposed to inking him to a multi-year deal prior to the start of the current season, was probably the right thing to do.

Contrary to what some might have you believe, outside of four game stretch to start the month of January, Bryzgalov was very good during his time in Orange and Blue. He was good on the ice and was apparently a big help in room for Nail Yakupov. That said, he wasn’t part of the long-term/short-term solution and was turned into a fourth round pick at this year’s NHL Trade Deadline.

As far as Scrivens goes, I had zero issue with MacTavish giving up a third round pick to test-drive the pending UFA at the time of the trade and to this pint, the twenty-seven year old has been lights out. Am I sold on him being the Oilers starter moving forward? Not at all but I am 100% confident he will be, at the very least, a solid 1B option…which is what I have always thought would be his high end.

His first ten games as an Edmonton Oiler suggest he could turnout to be much more but even if it doesn’t end up happening, the rookie GM did well in bringing Scrivens on board and signing him to a reasonable two year extension.  Tonight we will get a look at his latest addition to the crease, as Fasth is scheduled to make his debut in Minnesota against the Wild.

After briefly stealing Jonas Hiller’s job in Anaheim during the lockout shortened 2013 season, the former Ducks goalie has battled the occasional injury and been patiently waiting his turn. While that opportunity never did come out on the West Coast, it came to fruition the moment he was sent to the Alberta capital for a pair of draft picks.

Just like that, the Oilers went from having an iffy starting goalie and career backup, to a couple of guys battling to earn a shot at becoming a starting goalie in the National Hockey League.

At the end day, there is no guarantee that either Viktor Fasth or Ben Scrivens will be the answer to what has truly become a never ending carousel in the Edmonton Oilers net. That said, Craig MacTavish has made some shrewd moves to try and upgrade his goaltending both for the present and hopefully for the future.
Posted by Oil Drop at 10:58:00 am